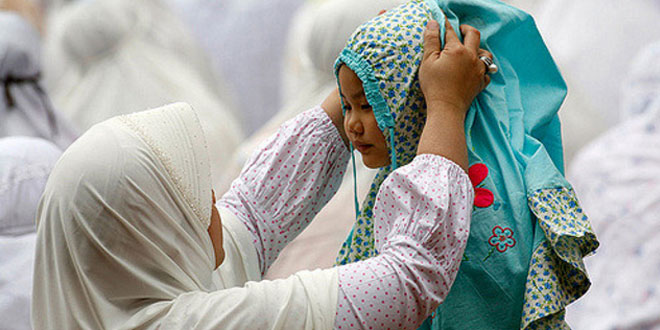 Bakra Eid in Different Languages: Bakra Eid or Eid el-Adha is one of the most significant festivals celebrated by the Muslims worldwide with great zeal and enthusiasm. This religious festival marks the readiness of Prophet Ibrahim to sacrifice his son on the orders of God. This served as a test on part of Ibrahim for his strong faith and belief in God. While coinciding with the hajj pilgrimage, Bakra Eid is celebrated across three days by slaughtering domestic animals, such as goat, lamb, sheep, cow, buffalo, camel and so on. Muslims, spread across the world, use different languages and dialects to communicate with one another. Hence, Bakra Eid, too, is referred to in various languages. Find the different names for Eid al-Adha in the following lines.

Eid al-Adha is an Arabic term symbolizing “festival of sacrifice”. This term has been used in different Indic languages, such as Hindi, Urdu, Gujarati and Bengali and Austronesian languages like Malay and Indonesian. Qurban is another term for sacrifice in Arabic. This term is used as “Eyde Ghorban” in Dari Persian – Afghanistan and Iranian dialect of Persian. The same term has been translated into “Idi Qurbon” in Tajik Persian, “Qurban ayt” in Kazakh, “Qurban Heyit” in Uyghur, and into various other Indic languages.

This Arabic word “Qurban” has been combined with various local languages to form a term for “festival”, such as “Cejna Qurban” in Kurdish, “Kurbaneyy Akhtar” in Pashto, “Gerbang Ji” in Chinese, “Hari Raya Korban” in Malay and Indonesian, and “Kurban Bayrami” in Turkish. This Turkish term is also used in other languages, such as “Qurban Bayrami” in Azeri, “Qorban Byrme” in Tatar, and Kurban-bajram in Bosnian and Croatian.

Bakra Eid is also known as Id ul-Kabir in Arabic which means “Greater Id/Festival” while the “Lesser Eid” is Eid al-Fitr. This term is used in countries like Yemen, Syria and North African countries of Morocco, Algeria, Tunisia, Libya and Egypt. This term is directly used as Ad el-Kebir in French. “Big Eid” or “Greater Eid” is also translated in other languages, such as Loy Akhtar in Pashto, Baed Eid in Kashmiri, Ba?a Id in Hindi and Urdu, Bali Perunnal in Malayalam and Peru Nal in Tamil.

Since Bakra Eid marks the end of the Hajj pilgrimage to Mecca, the day has been referred to as Hari Raya Haji or Hajj celebration day or Lebaran Haji in Malay and Indonesian, and Hajji Peru Nal in Tamil. Eid al-Adha or Id ul-Adha is commonly known as Baqra Id or Baqri Id in Urdu as baqarah or baqri refers to goat, one of the most sacrificed animals. This is known as Bakr Eid Peru Nal in Tamil. The Chinese language refers this festival as “Zaisheng Ji” or “Slaughter-livestock Festival”, Berber language of Jerba as Tfaska Tamoqqart, West African languages as Tabaski or Tobaski, Nigerian languages as Babbar Sallah and Somali language as ciida gawraca.

Other popular names of Eid al-Adha in local languages across the Muslim world include Festival of Sacrifice in English, “Opferfest” in German, “Offerfeest” in Dutch, “Sarbatoarea Sacrificiului” in Romanian and “ldozati nnep” in Hungarian.