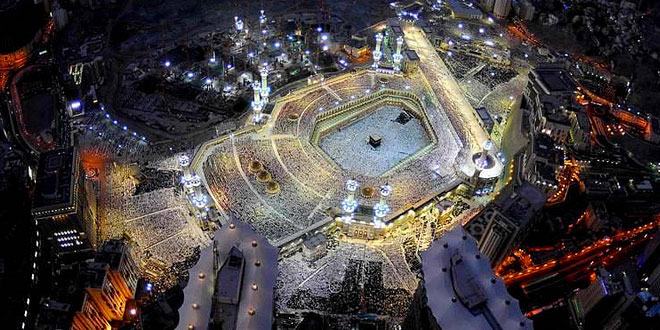 Eid el-Adha – A ritual of sacrifice and thanksgiving announces a religious pilgrimage. 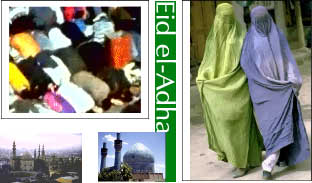 Eid el-Adha is an officially observed religious holiday that precedes the Hajj, the annual pilgrimage of Muslims to Islam‘s holiest sites.

Eid el-Adha, is one of Islam’s most important celebrations, announcing the beginning of the Hajj, the celebrated yearly pilgrimage to the holy city of Mecca. Muslims from around the world congregate in Mecca for a ritual that is required at least once in a lifetime of all Muslims. It is appropriate to offer flextime for this holiday, which is an official and high holy occasion for observant Muslims. 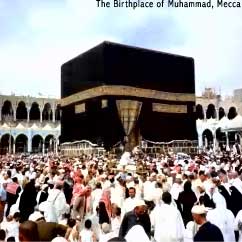 Muslims may wish to travel to Mecca at this time, though most stay in the country and observe Eid el-Adha within their local Muslim community. It is a good idea to discuss scheduling arrangements with the others. As this and other holidays are dependent on the lunar calendar, Muslim must approximate as close as possible the days they will need off. They may be unable to solidify arrangements until the holiday nears and the lunar cycles can be more specifically determined. Muslims around the world try to keep each other informed on the moon’s cycles so they may plan such observances more precisely. Some Muslim may not insist on time off if their family members are constricted by their work situations from doing the same.

Salat al Jummah, a prayer service at the mosque that practicing Muslims are required to attend, is held every Friday at midday. People greet each other by saying “Eid Mubarak”.

Eid el-Adha is an official observance in every Muslim country, and government offices, banks, schools and businesses are closed on this holiday. Business meetings are discouraged during this time. In countries such as Saudi Arabia, only Eid el-Adha and Eid el-Fitr have the status of public holidays. In Africa and the Middle East, business people are generally encouraged to schedule important meetings and transactions between October and April; the summer months from May to September are very hot and humid, and business representatives of stature may be out of the country.