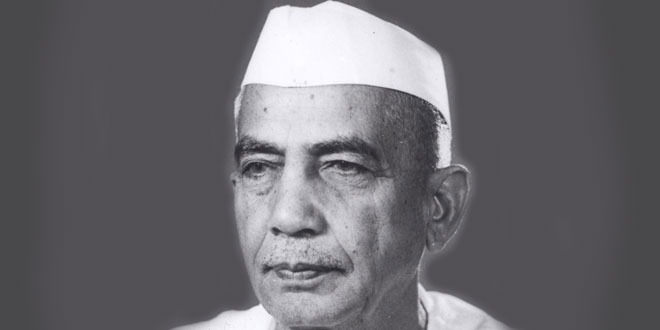 Chaudhary Charan Singh was the leader of Lok Dal and former prime minister of India who led the nation from 24 January 1979 to 28 July 1979. Top Indian political leaders are known to visit the Kisan Ghat, Samadhi of Charan Singh located in the national capital of Delhi. Prominent leaders are known to pay floral tributes to one of the most influential leaders the nation has ever produced. Numerous official events too are organized in commemoration of the fifth Indian Prime Minister in a grand manner.

Charan Singh was born in a Jat family on 23 December 1902 in Noorpur of the erstwhile United Provinces of British India. After considering his intention of joining politics in a serious manner, Charan Singh began his political career by joining the Indian National Congress and later Bharatiya Lok Dal. Due to ideological differences in due course of time, he decided to join Janata Party-Secular. He graduated from Agra University before venturing into active politics. He got married to Gayatri Devi as per Hindu traditions.

Chaudhary Charan Singh passed away on 29 May in 1987 at the age of 84. An active campaigner of the Satyagraha movement, he followed Mahatma Gandhi throughout his life and went to jail several times as well. However, his stint with the Congress party remained until he started raising his voice actively against the decisions taken by Nehru related to land reforms based upon socialistic features. Charan Singh is credited with being an effective prime minister capable of taking care of people’s needs.

Agrarian communities across India used to hold him in high esteem because of the immense development he brought by openly opposing land reforms. The people of Uttar Pradesh remember him for the contributions he has made for the overall development of the poor. Several agricultural reforms have been brought in at the national level though he held the prime minister’s post for a brief period. On the day of the death anniversary of Chaudhary Charan Singh, people remember him with great respect.

Having started a career as a lawyer, Charan Singh tasted immense success in the field because of the caliber he had. Safeguarding the interests of farmers was always in high on the agenda for the former prime minister. This resulted in the introduction and passing of a bill known as Agricultural Produce Market Bill in 1938, which was even published in Hindustan Times of Delhi. Several such reforms were brought by Charan Singh during his inspirational political stint for the maximum benefits of the poor. It is because of all the above reasons why Charan Singh’s death anniversary is organized with multiple reforming activities.