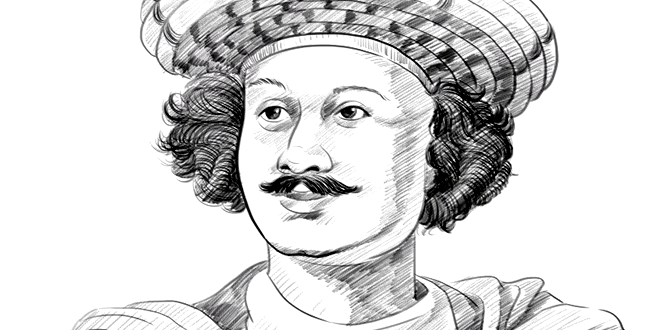 Raja Ram Mohan Roy Jayanti Information: Raja Ram Mohan Roy, a great social reformer was born on 22 of May in the year 1772 in a Brahmin family in the Hooghly district of Bengal. He is universally accepted as the pioneer of reform movements in India. Imbibed with new ideas of humanism, this first Modern Man of India had worked hard for the religious, social, intellectual and political regeneration of the Indians. As a mark of respect to such a great reformer, the country celebrates his birthday every year on 22nd May.

At this juncture, it is the duty of each and every Indian to remember such a versatile personality who contributed a lot to the Indian society and recollect his valuable deeds.

A gifted linguist, Rammohan was well-versed in Bengali, Sanskrit, Persian, Greek, Latin, Hebrew and English. He was inspired by Vedantic philosophy, Christianity, Islam and modern western thought. He re-investigated India’s past and discovered the false rituals, superstitions and other practices prevalent in the Hindu society. He denounced the social and religious evils like image worship, rituals, polytheism, caste system, and untouchability.

He founded the Atmiya Sabha in 1815 which was transformed into ‘Brahmo Sabha‘ in 1828 and later into ‘Brahmo Samaj’ in 1829. This Samaj preached that all religions are one; and there is a need to fight against all religious and social evils.

The women in the past were in a desperate plight. Indian women had been given a subordinate status to men for centuries. The fate of women depended on the caste that they belonged to. Some of the communities secluded women by the purdah system. They could not inherit the ancestral property. They were not permitted to get educated. Child marriage was wide spread in those days. Widows were not allowed to remarry. Polygamy was fairly common. The practice of ‘sati,’ where a woman immolated herself on her husband’s funeral pyre, was also widespread in many parts of India.

In such a situation Raja Ram Mohan emerged as a champion of women’s causes. His greatest contribution was to help the Governor General, Lord William Bentinck, declare ‘sati’ an illegal and punishable crime in 1829. He was against the low status of women in society. He favored widow remarriage, female education and women’s right to inherit property.

Rammohan Roy believed that India could progress only through Western education. He encouraged both Indian and Western learning. Hence, he was regarded as the ‘Prophet of New India‘.

Furthermore, he fought for social justice and equality in all forms. He favored freedom of the press and for the peasants to pay fixed revenue. He edited both Bengali and Urdu weeklies. Though he was a Brahmin, he adopted a Muslim boy. In a word, he touched every chord of the Indian society.

After his death, his illuminated path was traversed by several luminaries like Maharshi Devendranath Tagore, Shiv Nath Shastri and Keshab Chandra Sen.

People did not forget his great deeds even today. With due respect and regards they celebrate Raja Ram Mohan Roy’s Jayanti every year. The day begins by garlanding his statues all over the country. People gather to celebrate his birthday and his followers and leaders of the nation recollect his deeds and inspire people with their words. Various organizations including Brahmo Samaj, founded by him are functional today and conduct various programs for the welfare of the society. Seminars on topics related to his life are arranged both in public offices and educational institutions on this day.

On this occasion, in schools, elocution and essay writing competitions that give great insight into his life are being conducted. Photo exhibitions depicting the life history of Raja Ram Mohan Roy are also organized. In spite of his struggle, some of the social evils persist even today in the Indian society. So, both the government and the voluntary organizations conduct awareness programs on this day to educate people.

Previous Why is World No Tobacco Day Celebrated and its History?
Next Raja Ram Mohan Roy Biography For Students