Christianity is an Abrahamic, monotheistic religion based on the life and oral teachings of Jesus of Nazareth as presented in the New Testament.

Christianity at a glance 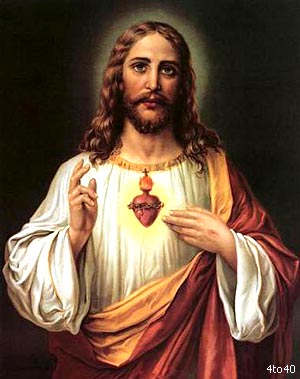 Christianity is the most popular religion in the world with over 2 billion adherents. 42 million Britons see themselves as nominally Christian, and there are 6 million who are actively practising.

This history of Christianity is focussed on the life, death and resurrection of one person, Jesus Christ, the son of God.

Background to the life and death of Jesus Christ

The traditional story of Jesus tells of his birth in a stable in Bethlehem in the Holy Land, to a young virgin called Mary who had become pregnant with the son of God through the action of the Holy Spirit.

The story of Jesus’ birth is told in the writings of Matthew and Luke in the New Testament of the Bible.

His birth is believed by Christians to be the fulfilment of prophecies in the Jewish Old Testament which claimed that a Messiah would deliver the Jewish people from captivity.

After the story of his birth, little is known about Jesus until he began his ministry at the age of about 30.

He then spent three years teaching, healing and working miracles.

He taught in parables – everyday stories which had divine messages for those who would hear it.

He had twelve disciples whom he called to follow him and help him in his work.

Jesus stated publicly that he spoke with the authority of God.

This claim angered the religious authorities in Palestine and they handed Jesus over to the Roman authorities as a revolutionary.

He was tried for heresy, condemned and put to death by means of crucifixion.

On the Sunday following his execution, some of his women followers discovered that the tomb into which his body had been placed was empty.

Jesus then appeared to them, alive, as the Jesus they had known prior to his death. His followers realised that God had raised Jesus from the dead.

Jesus was seen by many of his disciples and followers over the next few days before, according to the Gospel accounts, he was taken up into heaven.

Saint Paul and The Early Church 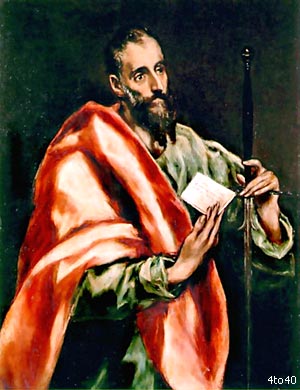 It has been suggested that the work of Jesus Christ and the impact of his death and resurrection would not have made any lasting impact on the world were it not for the missionary work of Paul.

The account of Paul’s conversion to Christianity is contained in the New Testament book, the Acts of the Apostles.

Before his conversion Paul had been known as Saul and had been violently opposed to the Christian faith as taught by Jesus and after his death, by his disciples.

Saul experienced a dramatic conversion, known as the Damascus Road conversion, when he was temporarily blinded.

He found himself filled with the Holy Spirit and immediately began preaching the Christian gospel.

Paul’s teaching centred on understanding the death and resurrection of Jesus Christ as a central turning point in history.

He understood the resurrection to signal the end of the need to live under Jewish law.

Instead Paul taught of living in the Spirit in which the power of God was made to work through human flesh.

Some of his letters to fledgling churches throughout the Roman Empire are contained in the New Testament and outline Paul’s theology.

He insisted that Gentiles had as much access to the faith as Jews and that freedom from the Law set everyone free.

It was this teaching which was essential for the development and success of the early church which would otherwise have remained nothing more than another Jewish sect.

Constantine and the Holy Roman Empire

Paul established Christian churches throughout the Roman Empire, including Europe, and beyond – even into Africa.

However, in all cases, the church remained small and was persecuted, particularly under tyrannical Roman emperors like Nero (54-68), Domitian (81-96), under whom being a Christian was an illegal act, and Diocletian (284-305).

Many Christian believers died for their faith and became martyrs for the church (Bishop Polycarp and St Alban amongst others).

When a Roman soldier, Constantine, won victory over his rival in battle to become the Roman emperor, he attributed his success to the Christian God and immediately proclaimed his conversion to Christianity.

Christianity became the official religion of the Roman Empire.

Constantine then needed to establish exactly what the Christian faith was and called the First Council of Nicea in 325 AD which formulated and codified the faith.
Formulating the faith

Over the next few centuries, there were debates and controversies about the precise interpretation of the faith, as ideas were formulated and discussed.

The Council of Chalcedon held in 451 was the last council held whilst the Roman Empire was intact. It gave rise to the Nicene Creed which Christians still say today to affirm their belief in God, Christ and his church.

When Rome fell in 476, it meant that Western and Eastern Christians were no longer under the same political rule and differences in belief and practice arose between them.

The split led to the Orthodox church and the Roman Catholic church.

The Orthodox church does not recognise the authority of the Roman papacy and claims a Christian heritage in direct descent from the Christian church of Christ’s believers.