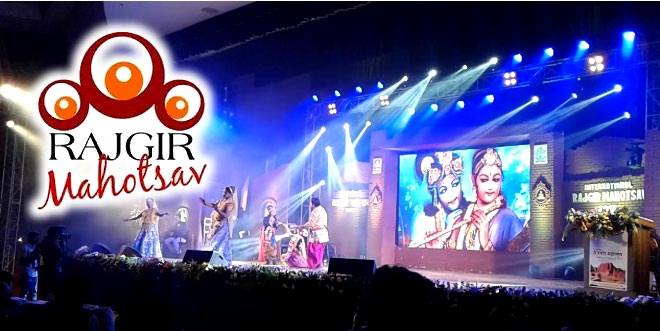 Rajgir Dance Festival Information: Rajgir, the ancient capital of the Magadhan empire in Bihar is held sacred by both Buddhists and Jains for its association with the Buddha and Mahavir. Department of Tourism, Bihar holds a colorful Festival of dance and music, Rajgir Mahotsav or Dance Festival every year in Rajgir. Be it instrumental music, devotional songs, opera, folk dance, ballet or the many schools of classical dance and music, geniuses in their own realms of accomplishments, create an almost ethereal atmosphere. This festival held during last week of October attracts tourists in large numbers.

The colorful festival of dance and music, Rajgir Dance Festival is held at Rajgir, the ancient capital of the Magadha kings. Department of Tourism, Bihar organizes every year, this vibrant festival of classical and folk dances at Rajgir – the land where the Buddha meditated and preached, in end of October.

Holding a sterling position in the Indian Cultural Calendar, Rajgir Mahotsav is the ultimate destination for the connoisseurs of Indian cultural form of expression of the self. Be it instrumental music, devotional songs, opera, folk dance, ballet or the many schools of classical dance and music, geniuses in their own realms of accomplishments, create an almost ethereal atmosphere to electrify true devotees.

In the past, some of the great artists who have performed at the festival are Sonal Mansingh, Hema Malini, Sanyukta Panigrahi, Nalini-Kamalini, Swapna Sundari, Shovna Narayan, Madhukar Anand, Madhumita Roy, Amita Dutta, Mukund Nayak, Madhavi Mudgal, Leela Samson and Anand Shankar. The sanctity of Rajgir is aptly acclaimed by the performance of such respected artistes, who, in their humility, feel blessed by this land of the holy.

Rajgir was earlier known by the name “Rajgriha”,and it was the first capital of the Magadhaempire which was situated in Bihar. Rajgir holds a special place for Bihar as it was once considered as the prime place to rule the empire. One of the main reasons for choosing Rajgir as the capital was that it was surrounded by mountains by all sides and, thus, it worked as fortified walls for the kingdom and made it difficult for the enemies to enter the premises. Rajgir is considered sacred and holy by not only Hindus but by Jains and Buddhists too, as the place has some traces of Buddha and Mahavir as well. The whole area of the Rajgir is covered with forested hills and apart from its heritage value; it is famous for tourists resorts also.
Share 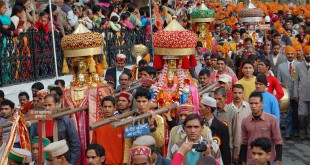