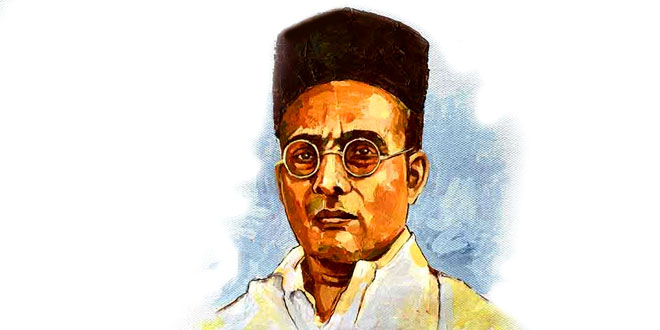 Veer Savarkar Jayanti is celebrated all over India in commemoration of Vinayak Damodar “Veer” Savarkar. Known as one of the Indian freedom fighters, Savarkar is known for performing multiple activities for the development of Hindu community across the country. His birthday celebrations will be organized on 28 May like every year. The great Marathi legend has advocated towards the abolishment of caste system and has requested for the re-conversion of those Hindus who accepted other religions. Several programmes are organized on his birthday across Maharashtra remembering his life incidents to honour him in a grand manner.

Hindutva: An Ideology Created by Savarkar

Savarkar is credited for coining the term “Hindutva” reflecting the kind of intensity with which he used to represent his life. Born in Bhagur of Nashik (origin of River Godavari) in Maharashtra, Savarkar has become an icon after he advocated for five distinctive features of his philosophy in the form of Utilitarianism, Rationalism and Positivism, Humanism and Universalism, Pragmatism and Realism. Savarkar received the biggest jolt of his life after British rulers banned his patriotic publication known as The Indian War of Independence, which was based on the great Indian revolt of 1857 under the leadership of Mangal Pandey.

Hindu nationalism was greatly implemented in his ideologies after Savarkar was moved to the Cellular Jail in Andaman and Nicobar Islands. On the day of Veer Savarkar Jayanti, people of all sects of Hindus come together to pay their due respects to him. He is considered as one of the greatest sons of Mother India. Filled completely with patriotic feelings, Savarkar was considered as an extremist by the British authorities. After serving as the president of Hindu Mahasabha, Savarkar became even aggressive with his Hindutva ideology. He advocated for future India as Hindu Rashtra.

Veer Savarkar Jayanti is observed with great aplomb by stern Hindus across India. People offer their respect to this great Hindutva founder by holding him in high esteem. Eventually, it is because of serving to the need of the hour, without expecting anything in return that keeps Savarkar cut above the rest. Though there are certain dubious incidents that took place related to his life, yet people honor him for the way he had shown tremendous courage to ensure that the Hindu community is left ‘live’ and ‘alert’. Hindu Mahasabha activists distribute sweets among the poor by remembering their former president. Several other social development activities are also conducted on the same day as a mark of commitment towards the great Hindu leader.

In Depth – Veer Savarkar: An Icon

We celebrate Savarkar Jayanti today by highlighting an example of Savarkar’s logical capacity in dealing with Shaukat Ali, of the famous ‘Ali Brothers’ of the Khilafat fame, and how he stood out as against the pathetic surrender of Gandhi.