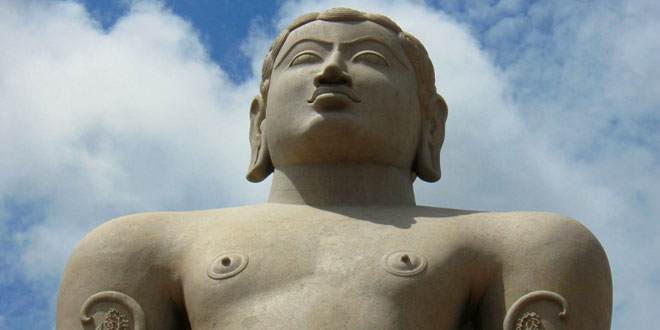 Mahavir Jayanti Culture & Traditions – Founded in the 6th century BC, Jainism is one of the most significant religions of the world. The foundation and formation of the religion rested on twenty-four prophets (Tirthankaras) who arrived in the world to deliver the message of peace and tolerance to the people of the world and show the path of spiritual liberation to the vast majority blinded by the darkness arising out of their extreme attachment to the physical world. The last of these great men was Vardhamana Mahavir. In his name is dedicated Mahavir Jayanti, the most important religious holiday in Jainism.

According to the Hindu calendar, Mahavir Jayanti falls on the 13th day of the bright fortnight of the Chaitra month. This corresponds to sometime between late March or early April as per the Gregorian calendar.

Mahavir Jayanti is widely celebrated in places all over the world wherever there is a presence of the Jain community. In India, the holiday is celebrated at Jain Temples throughout the country. The festival is more enthusiastically observed in states like Rajasthan and Gujarat, where a higher numbers of Jains are present. In Gujarat, pious Jains from all parts of the country flock to visit the ancient Jain shrines located at Girnar and Palitana. In Rajasthan, the shrine of Mahavirji is visited by thousands of devotees. Vaishali, the birthplace of Lord Mahavir in Bihar, witnesses a grand celebration during the occasion. Pawanpuri in Bihar and the Parasnath temple in Kolkata also observes the day with great earnestness.

On the festive day, Jain temples all over the country are decorated with flags to mark the birthday of Lord Mahavir. In the morning, the idol of Lord Mahavir is given an ‘abhishek’ (ceremonial bath) in every temple. There upon, the deity is placed in a cradle and carried in a parade throughout the region of celebration. Sections of the Jain community take part in the grand procession. The assembled devotees make offerings of milk, rice, fruit, incense, lamps and water to the people in procession.

The nature of the procession varies from region to region but generally a parade on this day includes drummers, horses, elephants and singers. At many places, lecture-sessions are held to preach the path of virtue that Lord Mahavir showed. Religious people use this day to meditate and offer prayers. Donations are collected to save cows from slaughter. Depending on the place, the procession ends at a temple, shrine or large communal area where people may pray and meditate.

Four kinds of donations (daan) are recommended for every Jain on this day. These are:

Mahavir Jayanti is also celebrated during the 8 day holy period of “Paryushan”, one of the most important festivals for the Jains. During this period, passages from the life history of Lord Mahavir are read out from ‘Kalpa Sutra’, the holy scripture containing biographies of Jain Tirthankars. Pomp and festivities are not associated with this day; rather it is observed with silent prayers and worship, in accordance with Saint Mahavir’s teachings of austerity and renunciation. While the rest of the Jain population organizes peaceful processions, Jain religious leaders spend this day in solitude. The occasion sees children depicting various incidents from the life of Lord Mahavir.

All over the country, Mahavir Jayanti is generally considered an auspicious occasion and observed with great solemnity.