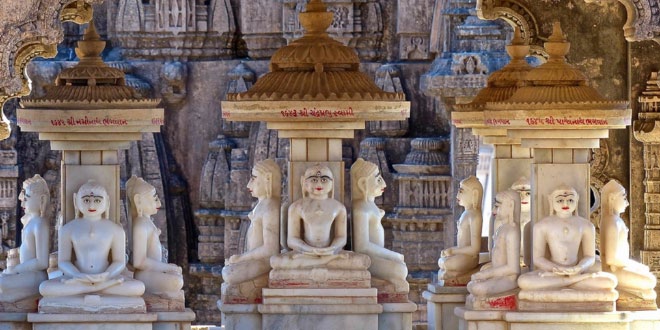 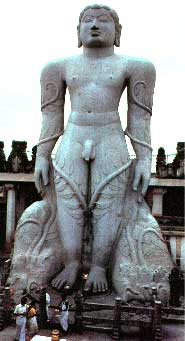 Jainism, traditionally known as Jain Shasan or Jain dharma, is an Indian religion that prescribes a path of ahimsa – nonviolence – towards all living beings, and emphasises spiritual interdependence and equality between all forms of life. Practitioners believe that nonviolence and self-control are the means by which they can obtain liberation. Asceticism is thus a major focus of the Jain faith. The three main principles of Jainism are Ahimsa (Nonviolence), Anekantavada (Non-Absolutism) and Aparigraha (Non-Possessiveness). 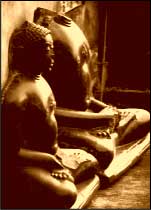 The Jain religion is contemporaneous with Buddhism and similarities to both Buddhism and Hinduism. Jains, however, count Mahavira as the last of 24 founders, or Tirthankaras, the first being Rishabha. In 1990 the number of Jains worldwide was estimated at 3,650,000, almost all of them live in India. Jainism has been present in India since Mahavira’s time without interruption, and its influence has been significant.   Jains are divided into two sects the Digambara and Svetambara. The main difference between them is that the Svetambaras wear white clothes, the Digambaras (sky clad) traditionally go naked. Fundamentally, however, the views of both sects on ethics and philosophy are identical. Jains believe that the universe is infinite and was not created by a deity.

Jains believe in non-injury to all forms of life, they believe that every kind of thing has a soul; therefore they strictly follow nonviolence (ahimsa) in all activity. They also believe in incarnation and eventual spiritual salvation, or moksha, through following the path of the Tirthankars. Jains are strict vegetarians. Jain monks frequently wear cloths over their mouths to avoid unwillingly killing anything by breathing it in, and Jain floors are kept meticulously clean to avert the danger of stepping on a living being. Ordinary householders cannot help harming the latter, but they strive to limit themselves in this regard by refraining from eating meat, certain fruits, or honey or from drinking wine. In addition Jain householders are expected to practice other virtues, similar to those in Hinduism. The vows taken by the Jain monks are very strict. They eventually involve elements of asceticism: fasting, peripatetic begging, learning to endure bodily discomfort, and various internal austerities constituting a Jain variety of yoga. Jainism is unique in allowing the very spiritually advanced to hasten their own death by certain practices (principally fasting) and under specified circumstances.

Jain philosophy is based on a fundamental distinction between living and nonliving matter. Living souls are divided into bound and liberated; the living souls are found in both mobile and immobile body. Nonliving matter is composed of karman or very fine particles that enter a soul and produce changes in it, thus causing its bondage. This influx of karman is induced by activity and has to be burned off by experience. Karmans are of infinitely numerous varieties and account for all distinctions noted in the world. By non attachment, however, an individual can prevent influx of further karmans and thus escape from the bonds of action. A soul, which is thought of as having the same size as its body, at liberation has lost the matter that weights it down and thus ascends to the top of the universe, where it remains forever.

The Jains constructed extraordinary temples and complexes. The main feature is the large number of similar building clusters together in one place. The temples also features many columns, no two of which are ever identical. A notable examples of the Jain temples are Palitana in eastern Gujarat- a mountain-top fortress filled with hundreds of beautiful temples, Mount Abu in Rajasthan, in south Sravanabelagola in Karnataka, though only a village, is also a holy site – it is home to the 17m high sculpture of Gomateshvara, the world’s tallest monolithic statue.