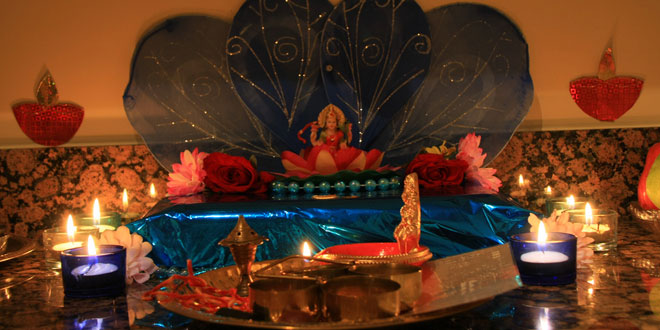 Akshaya Tritiya Celebrations: Akshaya Tritiya is one of the most auspicious days in the Indian calendar and Indians celebrate it with much reverence. The word Akshaya, originating from Sanskrit, refers to one that continues forever and Tritiya is the Sanskrit word for third. The day is celebrated across the country on the third lunar day of Bright Half in the Hindu month of Vaishakha.

India is a diversified country where diversity can be seen not only geographically but also culturally, and when it comes to celebrating Akshaya Tritiya, diversity is present in terms of beliefs, traditions and customs. At some places it is seen as the day when Lord Ganesha started to write the great epic Mahabharata to Ved Vyas’s dictation. Known as the day when Treta Yuga (second Yuga according to Hindu mythology) began, this day is also believed to be the birthday of the sixth Avatar of Lord Vishnu, Sage Parashurama. Many others believe that in Dwapar Yuga (third of the four Yugas), Lord Krishna was gifted beaten rice (Poha) by his poor childhood friend Sudama in Dwarka on this very day. This diversity in beliefs leads to diversity in ways of looking at its significance, and activities and celebration patterns also vary accordingly.

In Northern India, the day is majorly celebrated as the birthday of Sage Parashurama, the sixth incarnation of Lord Vishnu. On this auspicious day, people make many kinds of charities which include Jala Daanama, Vastra Daanama, Shayana Daanama, Chandana Daanama, Padaraksha, Chatra Daanama, Naarikela Daanama, Udakumbha Daanama, etc. They take dips in the holy river Ganges in order to wash off their sins. It is also a day to begin Yatras as it is believed that anything starting on Akshaya Tritiya definitely bears fruit and brings success; many Yatras to Kedarnath, Badrinath, Char Dhaam and other pilgrims starts on this day. The day is also considered auspicious for marriages and you will see many people tying knots on this day. Offering barley in fire and performing yagya are also common trends of Akshaya Tritiya celebration in North India.

In South India, the day is celebrated with full enthusiasm considering Lord Vishnu and Goddess Lakshmi Kubera as the primary gods. On this day, Maha Vishnu Pooja and Lakshmi Kubera Homa are held, and charity in terms of offering food and clothing to poor and needy also go hand in hand. South Indians visit many temples like Tirupati Temple, Meenakshi Temple and Thousand Pillar Temple, etc. on this day for purity of their hearts and souls.

In Rajasthan, the day is considered favorable to tie knots among couples and child marriages can still be seen taking place in many places. In places like Bikaner, people celebrate it by flying kites throughout the day.

In Maharashtra, this day marks the end of the women-oriented Haldi Kumkum festival. On this day, married women organize get-together at their homes and invite other women, relatives and new acquaintances to be a part of the festivities. The hostess distributes nuts, coconuts, sweets, bangles, flowers, betel leaves and other things to the female guests and the lavishly prepared snacks include Vatli Dal and Kairiche Panhe (raw mango juice). The day is considered auspicious to start new ventures.

In order to pay tribute to this belief, people of West Bengal start new audit books called Halkhata after worshiping Goddess Lakshmi and Lord Ganesha with the expectation of earning higher profits in their business. Many of them visit temples and also perform Satya Narayana Katha at their homes. Taking dips in sacred rivers is also a custom being practiced by Bengalis since ages.

In Orissa, rural Oriya people celebrate it by worshiping Mother Earth. It is a ceremony called Muthi Chhuan or Muthi Anukula in which farmers go to their farms in new dresses, worship Mother Earth and plough and sow seeds in their farms. In urban areas of Orissa, the day is considered best for the purchase of gold and silver. The day is also considered significant in Orissa as the 42 days long Chandan Yatra begins on this day and chariot-making for famous Rath Yatra of Puri also commences on the same day. The tradition of making chariot for Puri Rath Yatra is well known as Rath Anukula.

The day is again of great importance for people belonging to the Jat community. As a custom, a male member of the family goes to the farm with a shovel as the sun starts to rise. It is believed that animals and birds encountered on the way are the omens which give directions and messages about predictions of rains and crops. The day is also known as Unboojha Muhurta for weddings and many mass marriage ceremonies can be seen taking place on this day in Jat communities.