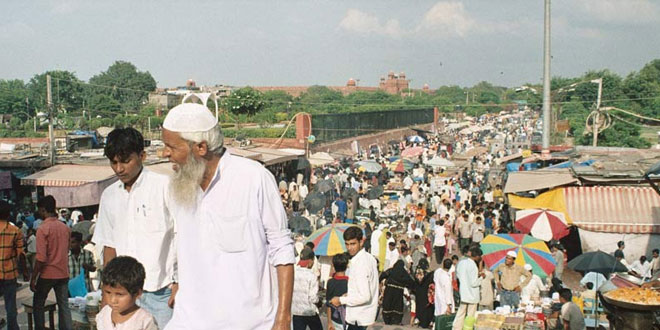 Bakra Eid: The feast of Bakra-Id is an occasion to give and to sacrifice. It is a day to thank the Almighty for one’s good fortune and to share it with the less fortunate people. Eid el-Adha or Id-ul-Azha, as it is known in Arabic, translates as ‘The Feast of Sacrifice’. Traditionally, Bakra-Id is marked by the slaughtering of animals as sacrificial offerings, after which the meat is distributed among the needy and deprived. It is celebrated to commemorate the willingness of Hazrat Ibrahim to sacrifice his son Ismail at the behest of Allah. Hence, on this day just like Ibrahim, a true follower of Islam is expected to sacrifice something that is dear to him.

The animal sacrifices made during Bakra-Id are mainly to provide food to the poor and deprived and to mark the noble act of Ibrahim. This spirit of sacrifice is what truly underlines the spirit of Bakra-Id. Incidentally; the day also coincides with the day when the holy Quran was declared complete. Bakra-Id is celebrated from the tenth to the twelfth day in the Islamic month of Dhul Hijjah. Every year, while pilgrims to the Mount of Mina make animal sacrifices as part of the pilgrimage rituals, Muslims the world over celebrate Bakra-Id in a similar fashion. A goat, sheep, camel or any other four-legged animal is slaughtered during one of these three days.

Festivities mark the first day, when people wear new clothes, offer prayers at the mosque, and greet friends and relatives. The celebrations are carried on through three days to ensure that the entire Muslim community partakes in the noble of act of giving and sharing. Bakra-Id is celebrated all over India with much zeal and gusto, as it is in the rest of the Islamic world. The name Bakra-Id is most popular in India. However in Arabic, the feast is usually referred to as Id-ul-Azha or Id-ul-Zuha.