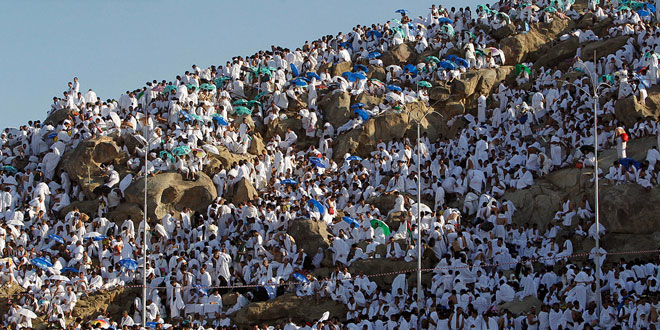 Bakra Eid Traditions: The festival of Bakra Eid, also known as Eid ul-Azha, Eid ul-Zuha, Eid al-Adha and Bakrid, is a grand celebration for Muslims all around the world. This religious festival commemorates the willingness of Prophet Ibrahim to sacrifice his beloved, his son, to God at His order. The occasion is all about showcasing one’s belief and trust in God. The day also marks the completion of the Hajj pilgrimage performed by millions of Muslims in Mecca in Saudi Arabia. Celebrated from the 10th to the 12th day in the Islamic month of Dhul Hijjah, people observe this occasion with great fun, fervor, enthusiasm and magnificence. There are a number of traditions and customs associated with Bakra Eid that all Muslims should follow to celebrate the festival. To know more about the traditions and rituals of Bakra Eid, go through the following lines.

On the morning of Bakra Eid, people wake up early and clean themselves thoroughly. They, then, wear finest and beautiful clothes and proceed towards an open space or the mosque in a large congregation for offering Eid prayers. Once the prayers have been offered, people return home to indulge in sumptuous breakfast, which usually consists of sheer kurma or sevaiyan. Post breakfast, they move ahead with sacrificing their domestic animals that are bought days in advance or purchased on the same day. The animals to be slaughtered should fulfill certain age and quality standard, else the animal is considered to be an unacceptable sacrifice.

Only the animals that are considered to be Halal by Islam can be sacrificed. These animals can be goat, sheep, ram, lamb, cow, camel or any four legged animal. As per the rituals, any Muslim who owns more than 400 grams of gold or who can afford to consume two square meals a day is required to perform a sacrifice or Qurbani. After the animal is slaughtered, the meat is divided into three equal parts as per the customs. The first part is consumed by the family while the second portion is distributed to neighbors, friends and relatives and the third portion is given to the poor and deprived people.

The animals can be slaughtered from the morning of the 10th day to just after afternoon on the 12th day. People take this opportunity of distributing meat to meet their near and dear ones and exchange greetings with them. Luxurious and scrumptious dishes are cooked on this day traditionally and served to guests and family visiting homes. They are accompanied by delicious desserts and beverages prepared for the day.