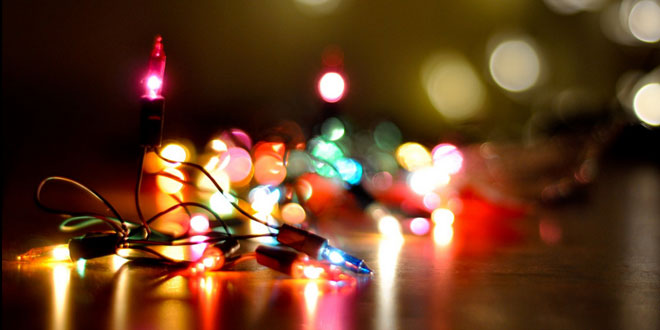 Diwali Around The World: Diwali Worldwide

Diwali Around The World: Diwali is celebrated in almost all the regions of India. Apart from India, the festival is celebrated worldwide. It has become synonymous with the culture and celebrations of India. People in different parts of the world celebrate Diwali with zeal and enthusiasm. They consider the festival as the one that signifies the victory of good over the evil. It is believed that the evil spirits are destroyed into ashes by the fireworks. On the occasion, there are jubilation and feasts all around. The Hindus in Guyana, Fiji, Mauritius, Myanmar, Malaysia, Nepal, Japan, Thailand, Sri Lanka, Trinidad and Tobago as well as Britain, Indonesia, Singapore, Africa, Australia and even Southern America are known to celebrate Diwali. In the following lines, we have given information on worldwide Deepavali celebrations.

Celebrations of Diwali Around The World

India: Diwali Around The World

Diwali is a five-day extravaganza in India. Diwali celebrations in India is marked by multi-colored display of Rangoli designs at the entrance way of residents, special pooja ceremonies, lines of colorful and sparkling lights and earthen lamps (diyas), exchange of sweets and gifts, fireworks and lots of shopping. Every home in the country shines with the glow of the dazzling lights and candles that are lit to welcome Goddess Lakshmi on Diwali.

UK: Diwali Around The World

In Britain, people indulge themselves in spring-cleaning their home. They wear new clothes and decorate their homes with fancy lights. The British city of Leicester is notable for the Diwali extravaganza. The official switch-on ceremony is the highlight of Diwali celebrations in Leicester. Thousands of people witness the ceremony.

USA: Diwali Around The World

Diwali celebrations in USA are akin to that witnessed in India. In USA, houses are decorated with earthen lamps. Spectacular display of sparkling electronic lights is the highlight of the celebrations. Colorful rangoli are also displayed. People in USA gather in the evenings, at a community hall nearby, where cultural events are organized. Fire crackers are burst and Diwali sweets and snacks are distributed among the family and friends.

Diwali in Australia is marked by magnificent display of fireworks. The population of Australia, with Indian origin, celebrates the festival with much pomp and gaiety. Indians living in Australia use the opportunity to showcase their unity in diversity and the rich cultural heritage of India. They illuminate their homes with colorful lights and diyas.

Mauritius: Diwali Around The World

About 63% population in Mauritius has Indian origins and 80% of them are Hindus. Therefore, the celebration of Hindu festivals is a common sight in Mauritius. Diwali is celebrated to commemorate the return of Lord Rama, after 14 years of exile. Much like India, earthen lamps are lit in rows, in Mauritius. Goddess Lakshmi is worshiped and crackers are burst to ward off the evil spirits

In Nepal, Diwali is known as ‘Tihar’ and celebrated for five days, in October / November. On the first day, cows are worshiped and given offerings. On the second day, dogs are revered and offered special food. On the third day, Diwali celebrations in Nepal are similar to that in India, with lights, lamps and social activities. On the fourth day Yama, the Lord of Death, is worshiped and appeased. On the fifth and final day, brothers and sisters meet and exchange gifts.

Malaysia: Diwali Around The World

Diwali is celebrated in most parts of Malaysia, except in the regions of Sarawak and Federal Territory of Labuan. Nearly 8% of the population of Malaysia comprises of Hindus, who celebrate ‘Hari Diwali’ that symbolizes the triumph of good over evil. Malaysian people start their Diwali celebrations with the traditional oil bath, visit the temples and offer prayers. Small earthen lamps with coconut oil are lit to commemorate the victory of Lord Rama over the demon-king Ravana.

Although majority of the Indonesian population follows Islam – Hindus constitute only 2% of the population – Diwali is celebrated with much pomp and gaiety. The island of Bali is famous for Diwali celebrations, as majority of the Indians are concentrated there. They celebrate the festival by following rituals that are native to India. The celebrations in the country are similar to that of India.

Trinidad: Diwali Around The World

Diwali celebrations in Trinidad are marked by the colorful display of fireworks. Since 1966, the festival is celebrated for nine days and culminated with a national holiday. Indian classical music performances, Hindu devotional song renditions, dance shows are organized during the festival. People clad themselves in ethnic Indian attire, to take part in the merrymaking.

Serangoon Road in Singapore is famous for Diwali celebrations. This is the place where maximum people of Indian origin reside. During Diwali, the streets in Singapore are filled with families, who are busy shopping for the festival. The archways are decorated with flowers and garlands. Diyas are also lit. People visit Hindu temples in Singapore to offer prayers.

Fiji: Diwali Around The World

The people belonging to the Indo Fijian community decorate their homes with flashing lights. Apart from Hindus in the island nation, non-Hindus also take part in the festivities. Crackers are burst by children, who take part in various extracurricular activities held in their schools. Exchange of sweets and fireworks are part of the merrymaking. The diyas, candles and electric lights are lit in the evening. The celebrations are culminated by feasting.

Previous Diwali Candles: Types of Deepavali Candles
Next Significance of Diwali in Hinduism