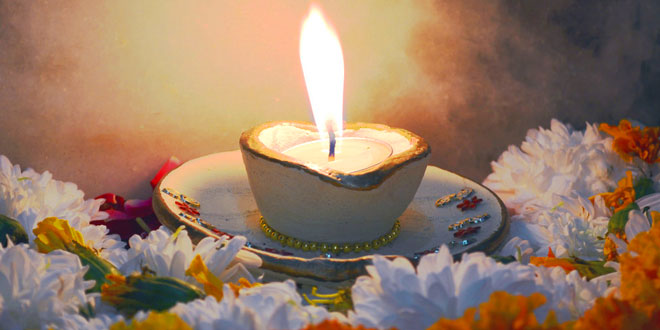 Significance of Diwali in Hinduism

Significance of Diwali in Hinduism: The festival marks the victory of good over evil, and uplifting of spiritual darkness. Symbolically it marks the homecoming of goodwill and faith after an absence, as suggested by the Ramayana.

On the day of Diwali, many wear new clothes and share sweets and snacks. Some North Indian business communities start their financial year on Diwali and new account books are opened on this day.

Significance of Diwali in Hindu Religion

Hindus have several significant events associated with it:

Spiritual Significance of Diwali in Hinduism

While Deepavali is popularly known as the “festival of lights”, the most significant spiritual meaning is “the awareness of the inner light”.

Central to Hindu philosophy is the assertion that there is something beyond the physical body and mind which is pure, infinite, and eternal, called the Atman. Just as we celebrate the birth of our physical being, Deepavali is the celebration of this Inner Light, in particular the knowing of which outshines all darkness (removes all obstacles and dispels all ignorance), awakening the individual to one’s true nature, not as the body, but as the unchanging, infinite, immanent and transcendent reality. With the realization of the Atman comes universal compassion, love, and the awareness of the oneness of all things (higher knowledge). This brings Ananda (Inner Joy or Peace).

Diwali celebrates this through festive fireworks, lights, flowers, sharing of sweets, and worship. While the story behind Deepavali varies from region to region, the essence is the same – to rejoice in the Inner Light (Atman) or the underlying reality of all things (Brahman).

Diwali marks the end of the harvest season in most of India. Farmers are thankful for the plentiful bounty of the year gone by, and pray for a good harvest for the year to come. Traditionally this marked the closing of accounts for businesses dependent on the agrarian cycle, and the last major celebration before winter. The deity of Lakshmi symbolizes wealth and prosperity, and her blessings are invoked for a good year ahead. There are two legends that associate the worship of Goddess Lakshmi on this day. According to first one, on this day, Goddess Lakshmi emerged from Kshira Sagar, the Ocean of Milk, during the great churning of the oceans, Samudra manthan. The second legend(more popular in western India) relates to the Vamana avatar of Vishnu, the incarnation he took to kill the demon king Bali, thereafter it was on this day, that Vishnu came back to his abode, the Vaikuntha, so those who worship Lakshmi (Vishnu’s consort) on this day, get the benefit of her benevolent mood, and are blessed with mental, physical and material well-being.

Previous Diwali Around The World: Diwali Worldwide
Next How to celebrate Diwali in Maharashtra?