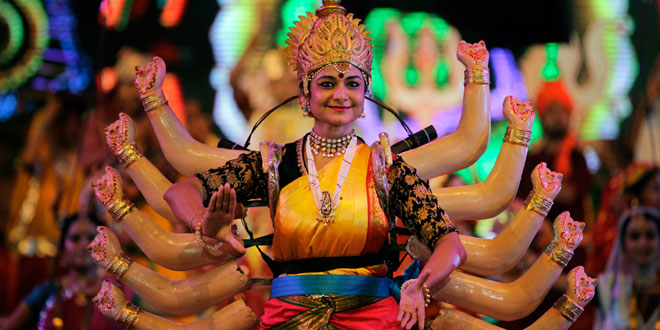 Navratri Date: Navratri is an important Hindu festival, celebrated with religious fervor and great enthusiasm by the Hindus in different parts of the country. It is celebrated twice a year – in March-April (as Chaitra Navratri) and in October-November. While the ninth day of Chaitra Navratri is celebrated as Rama Navami, the festival celebrated in September-October (Sharad Navratri) commemorates the victory of Goddess Durga over the demon Mahishasura. Though a number of legends are associated with the conception of Navratri, just like all the other Hindu festivals, the deity Goddess Shakti and her various forms are worshiped in both the cases.

Fasting is one of the highlights of Navratri. People observe fast for either seven or eight days, to honor Goddess Shakti. While many people break their fast on the eighth day (Ashtami) of Navratri by worshiping young girls, others do the same thing on the ninth day (Navami) of the festival, to culminate the celebrations. All through the seven or eight days of fasting, the people would survive on a diet especially formulated for the fast. It typically consists of fruits, milk and its products, sago recipes, potato recipes (both cooked without spices). Sendha namak (rock salt) is used for the recipes of Navratri fast. On the day when they break fast, they would worship young girls, seek their blessings in return of which, the devotees would offer money and prasad as the dakshina.

The celebrations of Navratri are characterized by the worship of Goddess Shakti. Although people in different regions celebrate the festival in different ways, according to their indigenous customs, the thought among everyone is the same – to invoke Goddess Shakti and seek her blessings. In Maharashtra, the nine nights of Navratri are dedicated to worship of the deity and dance performances, typically Dandiya (a folk dance performed by men and women). In Gujarat, Garba dance is performed during the festival, while in South India, worship of the deity is given importance. It is interesting to see the Hindu people, belonging to different regions of India, to celebrate Navratri with equal enthusiasm, every year.