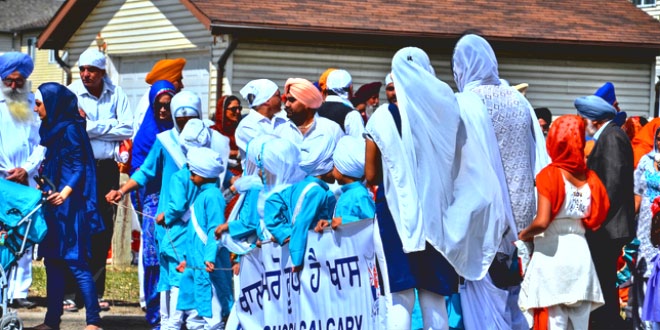 Baisakhi Rituals: In the morning, Sikhs visit the gurudwara (temple) to attend special payers. Most Sikhs strive to visit the revered Golden Temple in Amritsar or Anandpur Sahib, where the Khalsa was pronounced.

The Granth Sahib is bathed with milk and water, placed on a throne, and read. Karah prasad (sacred pudding made from butter, sugar and flour) is distributed.

In the afternoon, the Granth Sahib is taken out procession, accompanied by music, singing, chanting, and performances.

Sikhs also offer also kar serva by helping in the daily chores of the gurdwaras. This is a traditional symbol of humanity for all Sikhs.

Baisakhi is more of a harvesting festival and brings in a lot of merriness and colorful atmosphere. During this duration, the Rabi crops are ready to be cut in various parts of India and hence fills the air with enthusiasm and vibrancy. It is especially celebrated in the states of Punjab, Haryana, and West Bengal. Here is some important rituals of baisakhi.

Rituals of Baisakhi for Farmers