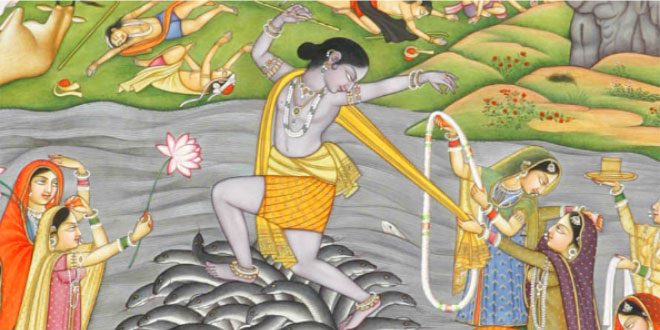 Story behind Nag Panchami: Human beings soon after stabilizing from nomadic venture started the ritual of worshiping the nature and everything that was helpful to them in one or another way. It helped them construct a system that was derived from the beliefs in social organizations, local cults and deities. Humans thus started exploring nature and started sorting a culture to abide by. Things like sun, river, mountain and snake have been thought of as important element of simultaneous existence since then. Snake worship has also been a part of the culture of India ever since then. Nag Panchami is one of the most important festivals in India celebrated to commemorate the existence of the snake god.

Celebrated on the fifth day of the moonlit-fortnight in the month of Shravan according to the Hindu calendar, this festival falls in the month of July / August according to the Gregorian calendar. It is celebrated in various parts of the country amongst the community where it has been prevalent for long. The grandest celebrations can be seen in the southern India and in the states of Bengal and Maharashtra. The festival has religious significance too. It is believed that Snakes have been the savior of human race from the wrath of demons and also, that the earth is balanced on the head of on Shesh Naag. There are also several legends and stories associated with the festival, one of the most important one is given below.

It is said that long before Aryans arrived in India, a clan named Nagaas lived in India. It was a highly developed clan. It is said that the snake-worship amongst the Nagas, was extremely popular and it can be proved according to the evidences derived from the Indus Valley civilization of 3000 B.C. After the Naga culture gradually got incorporated into Hinduism, the Indo-Aryans also gradually accepted many of the snake deities as their God too. The prominent Cobra snakes mentioned in the Puranas that are to be worshiped are Anant, Vasuki, Shesh, Padma, Kanwal, Karkotak, Kalia, Aswatar, Takshak, Sankhpal, Dhritarashtra and Pingal. However, some of the historians claim that they were not snakes but Naaga Kings of various kingdoms which were worshiped as Gods.

It is also a popular belief amongst people in Hindu religion that thousand-headed Shesh Nag who symbolizes Eternity holds the entire spherical earth on it head. Also, that it is the resting couch of Lord Vishnu, one of three most important gods of Hindu religion. In Jainism and Buddhism snake is regarded as sacred creature with divine qualities. It is because some ancient texts say that a Cobra snake saved the life of Buddha and the Jain Muni Parshwanath.

Stories of snakes association with Hindu gods also enhance the stature of these reptiles in Hindu culture. A popular legend says that the elder brother of Lord Krishna, Balram was the incarnation of Seshnag on earth. Snake is also given due importance because it is considered to be the ornament of Lord Shiva around his neck. The celebration of Nag Panchami in the month of Shrawan (considered as the month of Lord Shiva in Hindu religion) also explains the deep association of Shiva and commemoration of snake as his companion.

It is believed that even the ancient architecture exhibit the evidence of the importance of snakes in the Indian culture. On the caves of Ajanta, the images of the rituals of snake worship have been found. Even Indian literature is full of stories of the virtue of snake. The famous author Kautilya, in his “Arthashastra” has given detailed description of the cobra snakes. It is said that it was also the wide belief of people in ancient India that if they worship snake, they won’t cause harm to them and their family. So, there is no one specific legend to why the Naga Panchami started in India, it is being for too long due to the religious significance and social importance of this unique reptile.

Previous What are the rituals of Nag Panchami Festival?
Next Friendship Day Songs About Broken Friendship