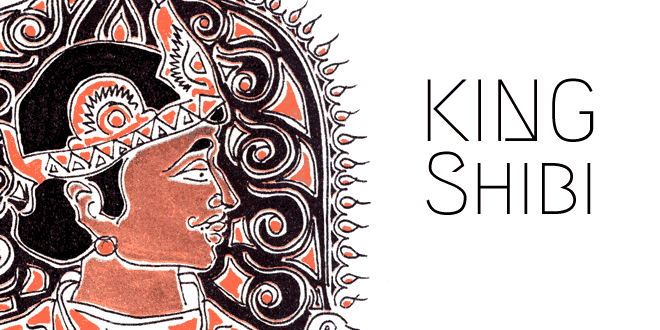 King Shibi was a great ruler. Everything he did was right and noble. He was very kind-hearted. He loved his subjects like his children. He loved animals too and looked after their welfare. He was very charitable and no needy man went away from him without help. He protected the weak against the strong. If anybody sought asylum with him, he shielded him with all his might. His fame as the greatest king spread far and wide. Even Gods were getting a little jealous of King Shibi. 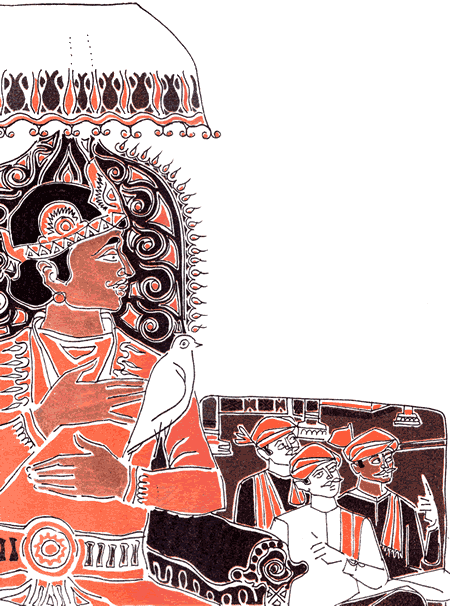 One day when King Shibi was holding his court, a dove flew in. he was in great fear and took shelter in the king’s lap. The dove cried, “O king, protect me from my enemy. He is following me to kill me.”

The king said, “Shed your fears, dear bird, for none need fear who seek refuse here.”

Then a huge hawk who was chasing the dove arrived. He had heard the king’s assurance to the dove. “This bird is my food,” said the hawk. “You should protect my lawful prey. I have won it after hard labour. O king, I am hungry. You must not prevent me from eating my food. You have no right to take away what belongs to me. You may interfere in the case of human beings but birds are free in the sky. You have no right to interfere. Please surrender the dove before I die of hunger.” 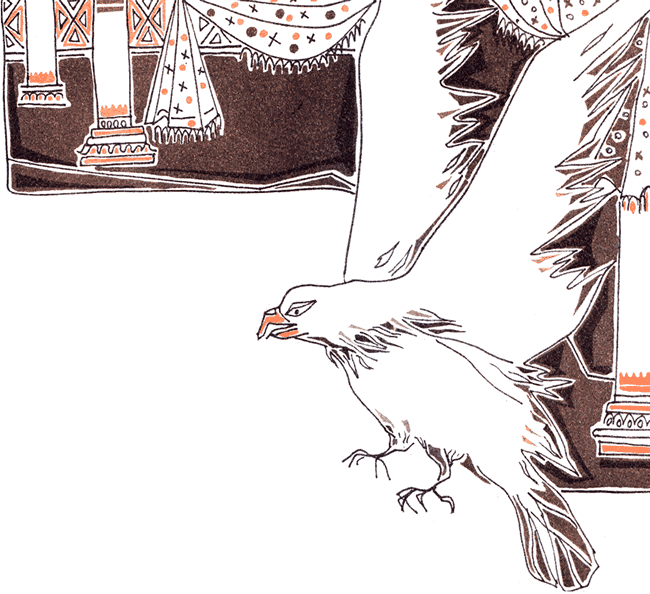 “If you are hungry,” said the king, “I shall arrange for the meat of a bull or deer to be given to you. That will be better than the flesh of this small dove.”

“I do not eat the flesh of bulls, boars or deer. Doves are my natural food and I must have the food I like,” the hawk replied.

“If you have so much love for this dove,” said the hawk, “give me flesh from your body equal in weight to the weight of the dove.”

“Great is your kindness. What you say shall be done.” So saying king Shibi ordered a pair of scales and a sharp knife to be brought to him. He put the dove on one side of the scale and started cutting his own flesh to weight it against the pigeon. When they saw what the king was doing, the queen, the ministers and servants were in great distress. But the king told them to be calm. He was only doing his duty. 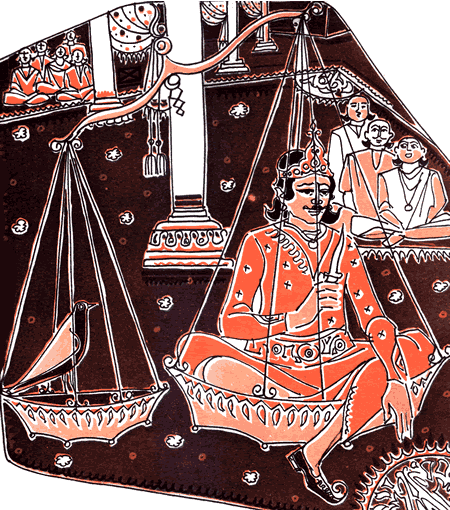 Then a strange thing happened. The king cut pieces of flesh from his arms and thighs, filling the scale, but the bird always weighted heavier. More and more flesh from the king’s body was added, still the bird was heavier. The king was surprised and finally he himself stepped into the scale and the scale balanced. He asked the hawk to eat him up. But lo! There was no hawk and immediately the dove also disappeared.

In their place there appeared God Indra and God Agni (God of Fire). They made the king’s body whole.

The Gods told King Shibi who they were and that they just wanted to test him. One of them had taken the form of the hawk and the other that of the dove. They said, “You are great and generous and your name shall be remembered as long as the World lasts.”

The king bowed low and thanked them. After blessing the king again the divine beings left for their heavenly abode.