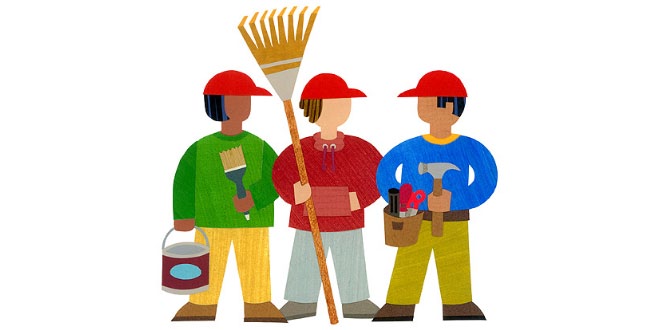 Labour Day / May Day, the first day of the month of May is celebrated all over India as a spring fertility festival to honour goddess spring. The day also commemorates the “International Worker’s Day” which has a historic significance. It is also a day of political protests. May Day is otherwise observed as a saint’s feast day or a day for organized labor. In many countries, it is a public holiday.

May Day as Labour Day

In many countries including India, May Day is also celebrated as Labour Day. The day originates with the US labour movement in the late 19th century. The history of the movement dates back to May 1, 1886. On this day several labour unions across the US went on strike, demanding a standard workday of eight hours. On May 4th there was bloodshed in Chicago‘s Haymarket Square – A bomb thrown by a revolutionist led to the deaths of a dozen people (including several police officers) and the injury of over 100 people.

The protests did not get an immediate outcome, but they proved effective subsequently, as eight-hour work days became the norm in many countries across the globe. This day was hence chosen as a day for demonstrations, parades, and speeches. It is a major state holiday in US, Russia and other communist countries. In India, May Day has also been declared a public holiday.

Labor Day is celebrated on May 1 in many countries around the world and it is still often a day for protests and rallies. On this day, various labour organizations across the country carry out processions and organize competitions for children belonging to labour class.

However, in recent years, the celebration of this day has taken a new turn, where the workers and trade unions demand to safeguard their interests and give the economic reforms a humane face.

Previous Labour Day Quiz For Students And Children
Next What is History & Origin of Labour Day?