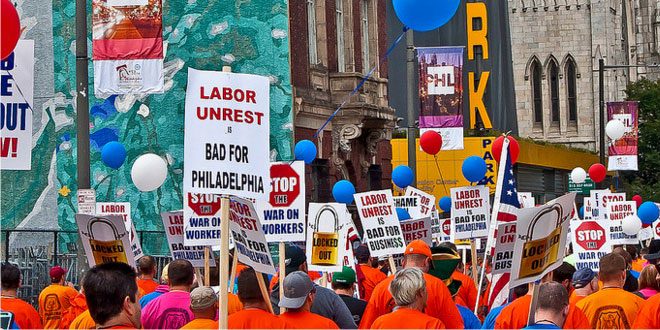 What is Labour Day?

The Haymarket affair (also known as the Haymarket massacre, Haymarket riot, or Haymarket Square riot) was the aftermath of a bombing that took place at a labor demonstration on May 4, 1886 at Haymarket Square in Chicago. It began as a peaceful rally in support of workers striking for an eight-hour work day, the day after police killed eight workers. An unknown person threw a dynamite bomb at the police as they acted to disperse the meeting, and the bomb blast and ensuing gunfire resulted in the deaths of seven police officers and at least four civilians; dozens of others were wounded.

Historian Yohuru Williams gives a crash course on a riot in Chicago’s Haymarket Square that changed the labor movement in the United States.

In the internationally publicized legal proceedings that followed, eight anarchists were convicted of conspiracy. The evidence was that one of the defendants may have built the bomb, but none of those on trial had thrown it. Seven were sentenced to death and one to a term of 15 years in prison. Illinois governor Richard J. Oglesby commuted two of the sentences to terms of life in prison; another committed suicide in jail rather than face the gallows. The other four were hanged on November 11, 1887. In 1893, Illinois Governor John Peter Altgeld pardoned the remaining defendants and criticized the trial.

Previous Labour Day Images For Students And Children
Next Why is May Day Celebrated?