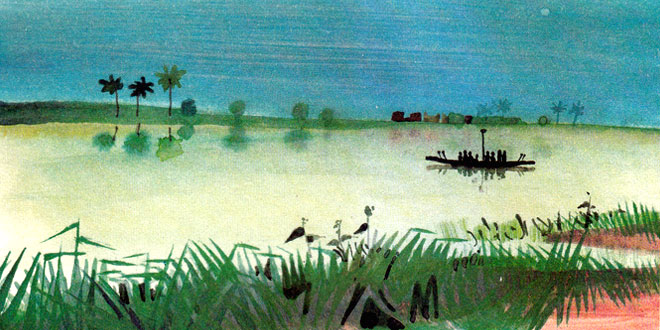 The surface of the country is rather flat, broken only by the Air Massif in the north. The southern savanna and grasslands give away to the Sahel in the north which in turn yields to the Sahara. The animal life is quite varied, with antelopes, gazelles, beasts of prey, crocodiles, hippopotamus and numerous bird species.

There are plantations in the fertile strip along the Niger where cotton, tea, groundnuts, tobacco, sugar cane and coconuts are grown. As in all Sahel countries, cattle raising is hindered by periodic droughts and infections of sleeping sickness spread by the tsetse fly.

Coal, uranium and non-ferrous ores are the chief mineral resources. Apart from mining, there is some food-processing, a textile and a timber industry. Greater development of this impoverished country is prevented by the complete lack of an efficient transport system. There are only a few roads suitable for traffic and no railways at all. Internal transport is provided by air or by camel caravans.