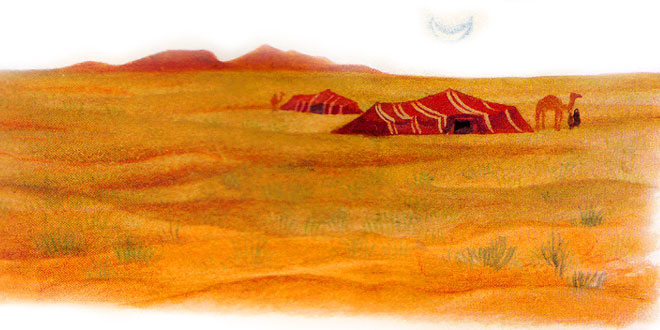 Mauritania is a desert country with fertile oases along the River Senegal which constitutes the frontier with the neighboring country of the same name. Dry winds heap up the highest sand dunes of the whole Sahara Desert. Farmers in oases cultivate millet, maize and dates. Cattle are raised in the steppes of the south. Fishing contributes considerably to the diet of the population.

The only natural assets of the country are iron and copper which are shipped to Nouadhibou on the coast by the only railway line.