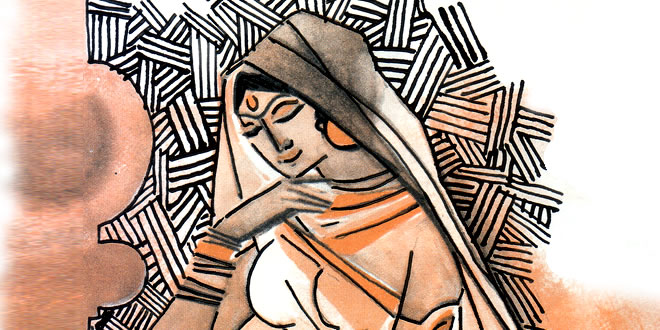 Draupadi Swayamwara: The Pandavas were living in Ekachakra when they heard about the princess Draupadi. Draupadi was the daughter of Drupada, the King of Panchala. She was the most beautiful princess of the time. She was also talented and very noble. The kings and princes of many countries desired to marry her.

Draupadi Swayamwara: Story from ‘Mahabharata’ is about the Swayamwara of beautiful Draupadi.

King Drupada had hoped that Draupadi would marry Arjuna, the cleverest and the most handsome of the Pandavas. But he heard, with great sorrow, of the tragic death of the Pandavas at Varanavata. Now he had to find some other suitable husband for Draupadi. There were many suitors, young princes of great name seeking her hand. But King Drupada could not choose among them so he decided to hold a swayamwara for his daughter. 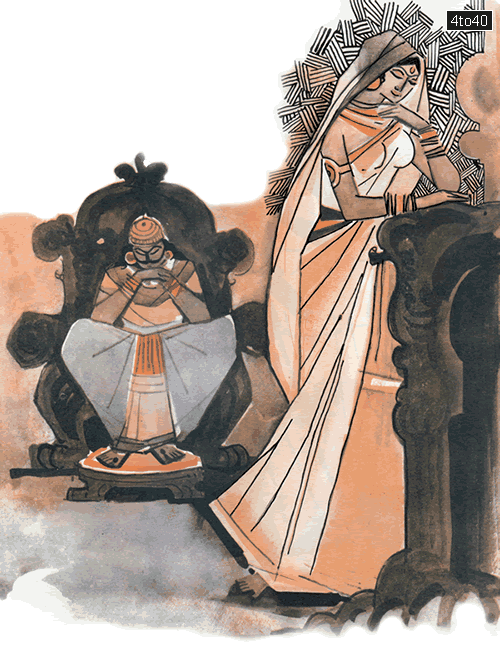 A swayamwara was a kind of marriage in which a princess could choose her husband from among a number of suitors. The suitors would be introduced to the princess one by one and she would make her own choice. Sometimes the suitors were asked to perform some difficult deed of strength or skill, and he who did it first would marry the princess.

A day was fixed for Draupadi’s swayamwara and invitations were sent to many kings and princes. They were all eager to go.

The Pandavas, still in disguise, decided to attend Draupadi’s swayamwara. They all went to the capital of Panchala, taking Kunti with them. There they stayed in the house of a potter.

On the day of the swayamwara, the Pandavas left Kunti in the potter’s house and went to the palace. They went there not as princes but as brahmins and took their seats among the visitors.

The kings and princes had arrived. All were hoping to win the hand of Draupadi. There were famous soldiers among them. The Kauravas, confident of winning the princess, were also there.

The large marriage hall was beautifully decorated. The guests took their seats. King Drupada and his son escorted Draupadi to the hall. Everyone stood up. All looked eagerly at the most beautiful princess they had ever seen.

King Drupada then said that Draupadi would marry any man of noble birth who could string the bow that was in the hall and shoot at the target. The bow was huge and heavy. The target was a little metal fish hung very high above the ground. Below it was a disc that kept turning round and round. The disc had holes in it. A vessel of water was placed on the ground below the target and the suitor had to shoot at the fish by looking at its image in the water. The arrow must pass through one of the holes in the disc. It was an almost impossible task. But the kings and princes were eager to compete, for each wanted to win Draupadi. One by one they got up and went to the mighty bow to try their luck. Many could not lift it. Some could lift it but were unable to string it. The most famous among them were able to lift the bow and string it but failed to shoot the fish.

King Drupada was very sad. The kings and princes looked at each other. They felt ashamed that no one could shoot the fish. Many said it was an impossible task.

Then Arjuna stood up from among the crowd of brahmins, and walked towards the bow. Every-body looked at him in surprise. They wondered how a brahmin dared to try to do something that kings and princes could not do. But Arjuna boldly went and picked up the bow, bent it, and put the string on it. He then shot five arrows, one after the other, at the target. The fish fell to the ground. There was great joy among the crowd. Draupadi looked at the splendid youth and put her garland round his neck. 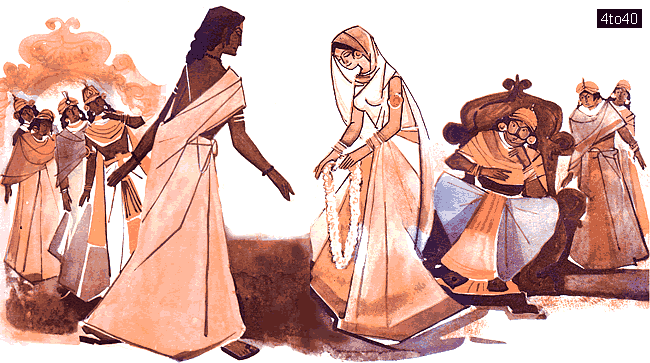 Some of the kings and princes said that it was not right that a brahmin should win the hand of a princess. They wanted to start a fight, but others declared that the princess had been won fairly.

Arjuna and his brothers went back to the potter’s house to tell their mother the happy news. It was night when they reached the house. Arjuna knock-ed at the door and shouted to Kunti: “Mother, I have won a wonderful prize.”

“Share it with all your brothers,” Kunti replied from inside.

She went out, and then she learned what the prize was. “My sons,” said Kunti, “I cannot take back what I have once said. Draupadi must be the wife of you all.” So Draupadi became the common wife of the five brothers.

King Drupada was not happy at the swayamwara. He did not know who this young man was. Was he really a brahmin? Or was he somebody who was disguised as a brahmin? He wanted to find out. He sent a spy to the potter’s house. The spy returned and informed the King that the Pandavas were not dead. It was Arjuna who had won the hand of Draupadi. Drupada was filled with joy. He sent messengers to invite the Pandavas to the palace but he did not tell them that he knew their secret. When they arrived wearing the clothes of simple sadhus, the King received them with great honour. He asked them to tell him who they really were. Dharmaputra then told Drupada the whole story.

Drupada and all the people were filled with joy when they learned that it was Arjuna who had won the hand of Draupadi. So the marriage of Draupadi to the Pandavas was celebrated with great joy.