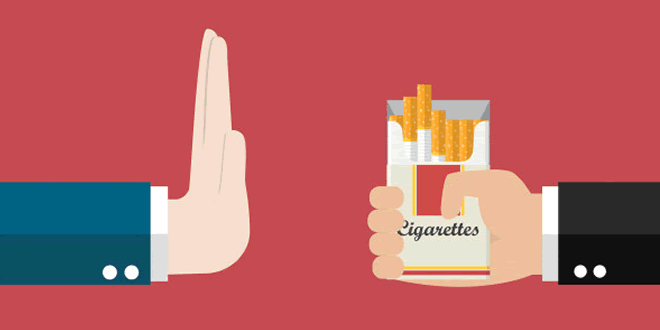 Cigarette smoking is injurious to health – everyone knows that. Well, till a few decades ago, people were unaware that smoking could cause lung and heart diseases and cigarette packs never had a warning on them, like they do now.

In recent years, research has shown that smoking is dangerous and it has now been made compulsory for all cigarette manufacturers to have what is known as, a ‘statutory warning’ printed on the cover. It states that “Cigarette smoking is injurious to health“.

However, cigarette manufacturers do not want people to stop buying their product by reading the warning. So, they have found a convenient way of dealing with the problem. They print the mandatory warning in such small letters that one can barely read them.

While European health authorities are now insisting that the size of the letters used in these health warnings should be increased, one British engineering firm, Molins, that supplies machines to make cigarettes, has gone a step ahead. The company wants to patent a talking cigarette packet that recites a health warning every time you open it.

A patent is a document issued by the government giving the company the exclusive right to the invention. Making it impossible for any other person or company to manufacture the product.

How does “Talking Cigarette Packs” work?

The talking packet uses a technology similar to the one used in musical cards. A stiff plastic strip is attached to the lid of the cigarette packet.

When the pack is opened, the strip comes into contact with a tiny battery cell (the kind used in watches), which is wired to a small speaker on the base of the pack. This triggers a playback of the health warning.

Will cigarette manufacturers opt for these talking packets?

Anti-smoking organisations are thrilled with the invention and are insisting that all tobacco manufacturers should use these packs. However, without government intervention, cigarette manufacturers will pay no heed to the request and continue to use tiny-lettered health warnings on their packets.