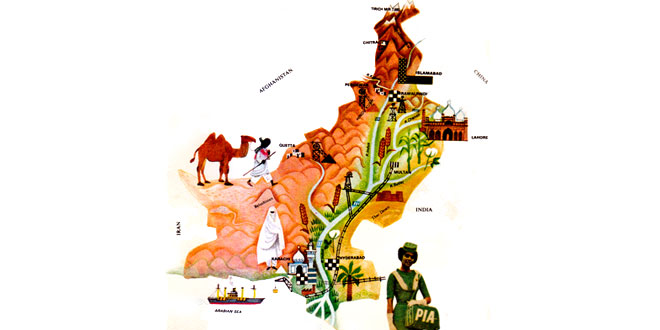 North and west Pakistan are mountainous. But the larger part of the country is made up of the plains drained by the River Indus and its tributaries. Ibex, gazelle and wild sheep roam the mountains, while wolf and various rodents are found on the steppes.

More than half of the people are farmers who produce cereals, cotton, flax, fruit, jute, rice, sugar cane, tea and tobacco and rear sheep, goats, cattle, donkeys and camels. Teak and sandalwood are obtained from the forests.

Pakistan has deposits of coal, chrome ore, oil and natural gas and rock salt, and manufacturing is increasing.