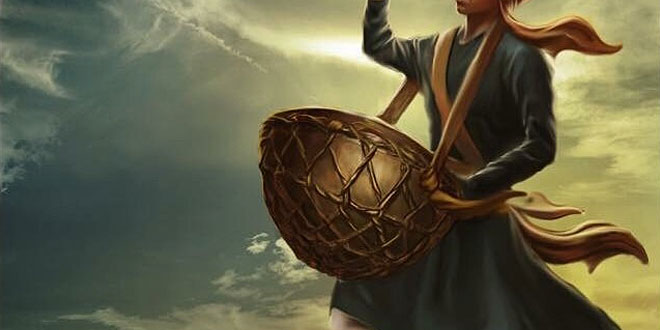 Guru Gobind Singh: Uncommon Games and Related Stories – Prince Gobind Rai was hardly five when he started to get weapon training. He began to break pitchers of women carrying water with the aim of his catapult. The women whose pitchers were broken would complain to his revered mother. The mother used to by them brass utensils which would not break with the pellets.

The Prince asked his uncle Kirpal Chand and had bows and arrows made. The arrows had iron tips fitted. With the arrows he began piercing those brass utensils. The women again complained to his mother. The mother said spontaneously, “I am tired of these complaints. It would be better if the water of this well turns brackish.” The words of the revered mother came true. The water of that well turned brackish. The water thus became unfit for cooking food. The women stopped taking water from that well. The water is brackish to this day.

In Patna city, the Prince would gather children of his own age and take them to the banks of the river Ganges. He would divide them into two groups. He used to teach them the art of warfare and at the same time to defend themselves. In these mock battles, he would get the winning group rewarded by his mother. In this way, children went with him to the river bank and played the drama of the child army.

On reaching Anandpur, the Prince was taught horsemanship and use of weapons by Bhai Bajjar Singh. The Prince was entrusted with the leadership of the Sikhs at the age of nine on the martyrdom of Guru Tegh Bahadur.

On reaching the age of sixteen, the Guru ordered to make a very big drum. He named it “Ranjit Nagara” which means the drum of victory. That drum was beaten in the morning and evening before the start of prayers. Hearing the drum – beat Sikh devotees used to gather at the Guru’s institution. Every afternoon when the Guru went for hunting, Sikhs would precede him beating the drum. This drum beat was a call of equality as only the kings (rajas) of the region could go hunting in this manner.

The Sikhs, who came to Anandpur for audience with the Guru were taught horsemanship and given weapon training before they returned back. After getting weapon training the Sikhs urged their relatives and others to go to Anandpur and get training. In this way knowledge of the use of weapons spread among the Sikhs.

Keeping in mind the training of warfare, the Guru got the first fort constructed at Paonta Sahib. The Guru returned to Anandpur after the battle of Bhangani in Himachal Pradesh. He got five forts constructed around Anandpur. To fulfill the demand of the weapons, factories of the manufacture of arrows and swords were opened at Anandpur. 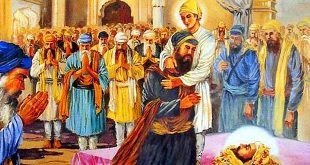 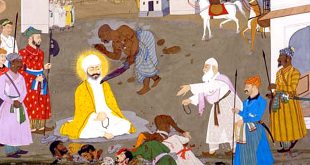 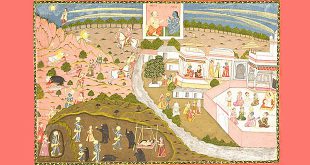