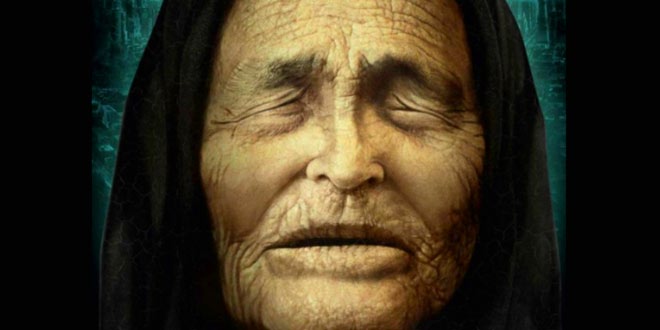 Trump will suffer from a ‘mysterious’ disease, assassination attempt on Putin: Here are Bulgarian Blind Baba Vanga predictions for 2021

Strangely, Baba Vanga, a blind psychic, who died in 1996 at the age of 85, has rightly predicted the September 11 terror attack and Brexit. Her predictions for the year 2021 have been revealed.

Bulgarian blind Baba Vanga, who predicted 9/11 attacks, had also made some predictions for the upcoming year 2021. According to Blind Baba, the world will face cataclysms, disasters in 2021 and a strong dragon will seize humanity.

For the uninitiated, Baba Vanga’s real name was Vangelia Gushterova. She was nicknamed as the ‘Nostradamus of the Balkans’ for making bizarre claims. Baba Vanga, who lost her vision at the age of 12 during a massive storm, had claimed that she was given a very rare gift from God to see into the future.

Her claims about the dissolution of the Soviet Union, the death of Princess Diana and the Chernobyl disaster have all become true. She was believed to have got 85 per cent of her predictions right.

Strangely, Baba Vanga, a blind psychic, who died in 1996 at the age of 85, has rightly predicted the September 11 terror attack and Brexit. Now her predictions for the year 2021 have been revealed.

“The world will suffer from a lot of cataclysms and great disasters. The consciousness of people will change. Difficult times will come. People will be divided by their faith. We are witnessing devastating events that will change the fate and destiny of humanity,” she had claimed.

The Nostradamus of the Balkans had also predicted that 2021 will be when a cure for cancer is found. “At the beginning of the 21st century, humanity will get rid of cancer. The day will come when cancer will get tied with iron chains,” Baba Vanga had claimed.

Baba Vanga had also claimed that Europe’s economy will fall, an assassination attempt will be carried out against Russian President Vladimir Putin by someone within his own country and Islamic terrorists will stage an attack in Europe.

She had predicted doom for Trump and Putin in 2019 and 2020. However, both of them have survived although Trump contracted Corona Virus in October this year and an attempt to assassinate Putin was stopped in 2012.

Baba Vanga had also said, “The extremists will use an arsenal of chemical weapons against Europeans.” The deceased prediction maker had also added, “The petrol production will stop, and the Earth will rest” and “trains will fly” by using sunlight.

One of the most bizarre predictions by Baba Vanga for the year 2021 is that a dragon will take over the planet. “A strong dragon will seize humanity. The three giants will unite. Some people will have red money. I see the numbers 100, 5, and many zeros.”

Some people believe that the “dragon” Baba Vanga referred to is China. The three giants may be Russia, India and China. They interpret that the money could be the Yuan or Ruble notes, which are red in colour.

She had also predicted an end to world hunger by 2028, Mars colonies acquiring nuclear weapons by 2256 and that Earth will become uninhabitable by 2341. Her prophesies run until the year 5079 when she said the world will come to an end.

However, only time will tell whether Baba Vanga has predicted right or not. It is also interesting to see how many of these prophesies of Baba Vanga will turn out to be true.