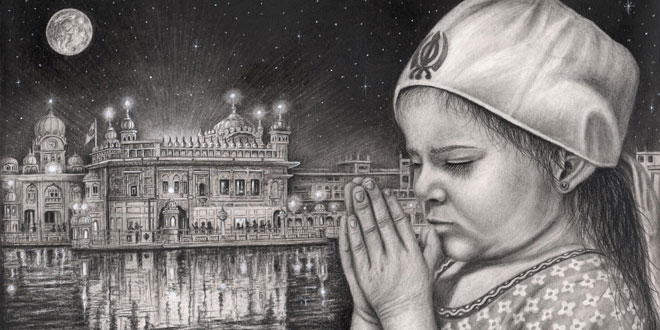 The worship places of Sikhs are known as the Takhts and the Gurudwaras wherein Takht literally means ‘the seat of the divine power’ and Gurudwara stands for ‘the doorway to the master’. Adherent followers of Sikhism refer to the omnipresent power as ‘the Waheguru’, which means the immortal God. In India, there are several Gurudwaras but only five Takhts-every edifice is a fine example of the essence of tolerance and acceptance, which is the basis of Sikh beliefs and philosophies. Some of the most prominent Gurudwaras and Takhts include the Golden Temple, Gurudwara Rakab Ganj and Sri Akal Takht, Sri Patna Sahib, Sri Hazur Sahib, etc. The disciples of Sikhism come to these sacred places to take the blessings of Guru Granth Sahib, the holy book and eternal Guru of Sikhs.

It is said that ‘Takhts’ are places where various social and political settlements were done by the Gurus. The five ‘Takhts’ include Sri Akal Takht founded by Guru Hargobind Singh, Takht Sri Keshgarh Sahib where Khalsapanth originated, Takht Sri Damdama Sahib where the complete version of Guru Granth Sahib was written by Guru Gobind Singh, Takht Sri Hazur Sahib where Guru Gobind Singh took his last breath and Takht Sri Patna Sahib which is situated on the banks of the River Ganga. Apart from the Takhts, there are various Gurudwaras also in India which are historically significant and commemorate the important works of the ten Gurus of the Sikhs. Among the most popular edifices, the Golden Temple in Amritsar, Punjab and the Bangla Sahib in Delhi are the two most prominent ones. The construction of Golden Temple was commenced by Guru Ram Das, the fourth Guru of Sikhs, in 1585 A.D. and was completed by Guru Arjan Das, the fifth Guru, in 1604 A.D. It is called the Golden Temple owing to the gilded dome that adorns the crown of the Gurudwara. The Bangla Sahib Gurudwara in Delhi is also amongst the most impressive and fascinating edifices in India and is intricately linked with the ancient history of Sikhism.

Anandpur sahib is a city and a municipal council in Rupnagar district, Punjab, India. Takht Sri Keshgarh Sahib is a gurudwara which is the main attraction at Anandpur Sahib and is one of the most important sacred places of the Sikhs. This city is strongly linked and connected to their religious traditions. Because of its rich history.

Bangla Sahib Gurudwara is one of the most famous holy shrines of the Sikhs. It is located near the bustling Connaught Place, New Delhi. This towering and spacious gurudwara was once a palace but was later transformed into a shrine in memory of Guru Har Kishan, for his selfless service to humanity and fearlessness.

The Golden temple is also known as Harimandir Sahib and is located in Amritsar, Punjab. It is one of the most sacred shrines for the Sikhs. It is most commonly known as Golden temple because the upper levels of the gurudwara are entirely gold-plated. The gurudwara symbolizes equality, spirituality, brotherhood, honesty and trust.

Gurdwara Damdama Sahib, the ‘Seat of Temporal Authority’, is indeed one of the revered ‘takhts’ of the Sikhs. This was the place where Guru Gobind Singh, the tenth guru of the Sikhs, took repose from the raging political upheaval and spent time in serenity adding valuable verses to Sri Guru Granth Sahib. Located in the village of Talwandi Sabo.

Gurudwara Rakab Ganj Sahib, one of the most revered Sikh shrines, stands as a homage to the ninth guru of the Sikhs, Guru Tegh Bahadur. It is at this place where the headless body of Guru Tegh Bahadur was incinerated after he was brutally slaughtered by the Mughal executioner Jalauddin on the orders of the Mughal Emperor Aurangzeb.

Gurudwara Sis Ganj Sahib is one of the oldest and historical gurudwaras of Delhi. This gurudwara is situated in Chandni Chowk area of Delhi and is one of the most famous gurudwaras there. It has a medieval type of construction and took more than 4000 workers to build it. As with other gurudwaras, here also one has to cover his head before entering the premises.

Located amidst the majestic snow covered peaks, Hemkund Sahib is one of the most important Sikh shrines in the world. This majestic shrine is situated at an altitude 15,200 feet above the sea level and so, is accessible by foot from Gobindghat in the Chamoli district of Uttarakhand, India. As the name Hemkund suggest, this shrine is situated…

As the birth place of the tenth Guru Sri Guru Gobind Singh, Takht Patna Sahib Gurudwara, also known as Takht Sri Harmandir Ji, is one of the most important Sikh shrines in the world. It is located in Harmandir Gali in Patna city, Bihar. Patna sahib Gurudwara is regarded as the epicenter of the spread of Sikhism to eastern India.