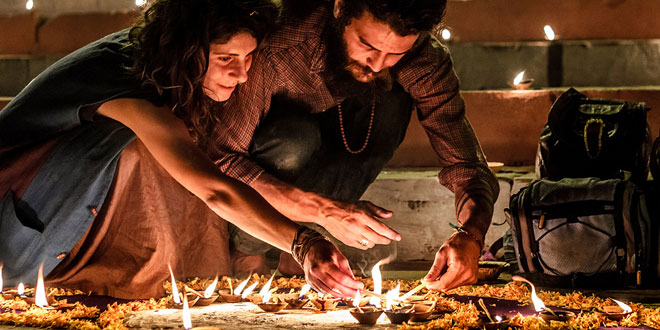 Diwali is celebrated to commemorate the victory of good over the evil. In northern India, the festival is celebrated to honor the victory of Lord Rama over Ravana. Coming down to the southern parts of the country, people there celebrate the festival to venerate Lord Krishna, when he defeated Narakasura. In eastern India, particularly in Bengal, the victory of Goddess Kali over Bakasura is the reason behind the celebration of Diwali. Happiest of all the occasion, Diwali has its own traditions that have been followed since years. In this article, we have given information on the traditions of Diwali.

Playing cards is one of the oldest traditions of Diwali. According to the legends, Goddess Parvati was playing dice with her spouse Lord Shiva on this day. She enjoyed herself so much that she said that whoever would gamble on Diwali night, would remain prosperous throughout the year. Nowadays, dice has become outdated. It has been replaced by cards. However, many people put a limit to the stakes that can be played.

Fireworks are one of the major attractions of Diwali. People of all ages – from children to the old one – enjoy bursting crackers on the occasion. Choti Diwali is exclusive for small children to express their happiness and enjoyment, by bursting crackers. Crackers are burst during the night time in northern parts of India, while in southern parts of the country Diwali is celebrated early in the morning. Crackers are traditionally burst to ward off the evil spirits.

Days before the celebration of Diwali, people clean every nook and corner of their home and premises. It is believed that on Diwali, Goddess Lakshmi visits only those homes, which are kept spick and span. The homes and premises are decorated beautifully with thorans, flower garlands, strings of colorful LED lights, ribbons and streamers. Women sift powder through their fingers to make beautiful simple as well as intricate patterns of rangoli, on their living room floors and the front entrances, using vibrant colors of rice powder.

Exchange of gifts and sweets is a good old tradition of Diwali. The festival is a golden opportunity for the people to revive their personal relationships and social ties, through the exchange of gifts and sweets. During the festive season, almost all the kitchens of the Indian household are filled with the enticing aroma of sweets, which are prepared to exchange with the acquaintances. Exchange of attractive gifts is a way to strengthen the bond of the relationships.

Dhanteras, the first day of the five-day festival – Diwali – is considered auspicious to purchase jewelry and utensils made of silver. People shop for cutlery made of silver, steel, copper and other metals. The business of gold and silver coins is also at the peak, during the festive season. Apart from jewelry and utensils, people purchase many other things, such as kitchen appliances, gadgets, clothes and comforters. Purchasing new things on Diwali is regarded as auspicious.

Previous Diwali Facebook Covers For Students & Children
Next How to celebrate Diwali in Maharashtra?