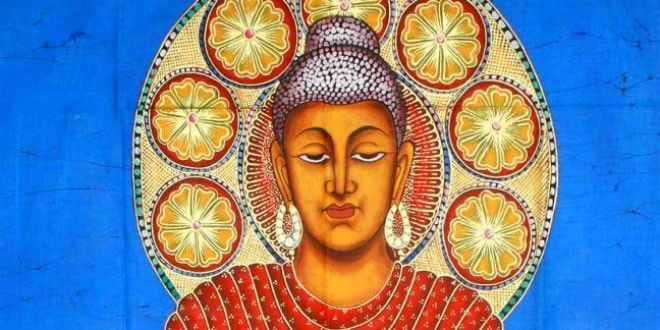 The World of Buddhism Quiz

World of Buddhism Quiz: Knowing the religions of the world may be helpful to get on well with our neighbours in the global village. Here follows a quiz on the birth and rise of Buddhism.

Buddhism is a non-theistic religion (no belief in a creator god), also considered a philosophy and a moral discipline, originating in India in the 6th and 5th centuries BCE. It was founded by the sage Siddhartha Gautama (the Buddha l. c. 563 – c. 483 BCE) who, according to legend, had been a Hindu prince before abandoning his position and wealth to become a spiritual ascetic and, finally, an enlightened being who taught others the means by which they could escape samsara, the cycle of suffering, rebirth, and death.

Hinduism (Sanatan Dharma, “Eternal Order”) was the dominant faith in India in the 6th and 5th centuries BCE when a wave of religious and philosophical reform swept the land. Scholar John M. Koller notes how, “a major social transformation from agrarian life to urban trade and manufacture was underway, leading to a questioning of the old values, ideas, and institutions” (46). Hinduism was based on acceptance of the scriptures known as the Vedas, thought to be eternal emanations from the universe which had been “heard” by sages at a certain time in the past but were not created by human beings.

The Vedas were “received” and recited by the Hindu priests in Sanskrit, a language the people did not understand, and various philosophical thinkers of the time began to question this practice and the validity of the belief structure. Many different schools of philosophy are said to have developed at this time (most of which did not survive), which either accepted or rejected the authority of the Vedas. Those which accepted the orthodox Hindu view and the resulting practices were known as astika (“there exists”) and those which rejected the orthodox view were known as nastika (“there does not exist”). Three of the nastika schools of thought to survive this period were Charvaka, Jainism and Buddhism.

Hinduism held the universe was governed by a supreme being known as Brahman who was the Universe itself and it was this being who had imparted the Vedas to humanity. The purpose of one’s life was to live in accordance with the divine order as it had been set down and perform one’s dharma (duty) with the proper karma (action) in order to eventually find release from the cycle of rebirth and death (samsara) at which point the individual soul would attain union with the oversoul (atman) and experience complete liberation and peace.

Charvaka rejected this belief and offered materialism instead. Its founder, Brhaspati (l. c. 600 BCE) claimed it was ridiculous for people to accept the word of Hindu priests that an incomprehensible language was the word of God. He established a school based on direct perception in ascertaining truth and the pursuit of pleasure as the highest goal in life. Mahavira (also known as Vardhamana, l. c. 599-527 BCE) preached Jainism based on the belief that individual discipline and strict adherence to a moral code led to a better life and release from samsara at death. The Buddha recognized that both of these paths represented extremes and found what he called a “middle way” between them.

Previous What is Buddhism? Buddhism Beliefs
Next What is Karma, and why is it so important to Buddhists?