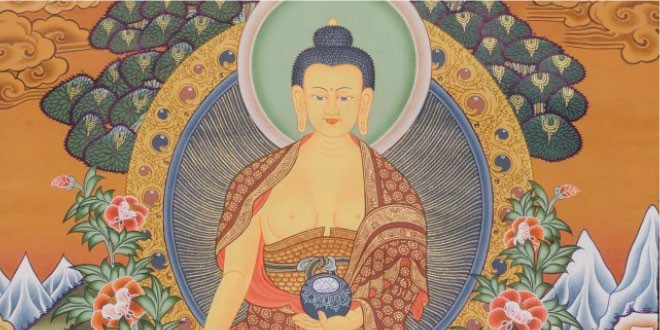 The great saint of India Gautam Buddh was born in 565 B.C. at Lumbini. He came from a royal family. He was born to Shudhadan, the king of Kapilvastu. He was called Siddharth. Right from his childhood, Siddharth was a quiet and soft child. Other people’s problems affected him a lot. He did not want the royal comforts of the palace, and began to live alone. Siddharth was married to the beautiful princess Yashodhara, who bore him a son called Rahul.

Once, on an outing, he saw an old man, a patient and a dead body. Seeing so much suffering of the mortal body affected him deeply. He left the palace to search for truth. When he reached Gaya, he sat beneath a tree and meditated for many years. Finally, he attained enlightenment. He wandered from place to place preaching people about Truth.

Wherever he went, people heard him and started following him. People started calling him Gautam Buddha. Gautam, in his Baudh religion, preached non-violence and humanity. He said that we must not be attached to our body and this world. Buddha’s teachings were simple. After his death, his follower s spread his message of love to China, Japan, Sri Lanka and many other countries. Gautam Buddha attained salvation at Kushinagar in Nepal in 487 B.C.

Gautama Buddha in other religions