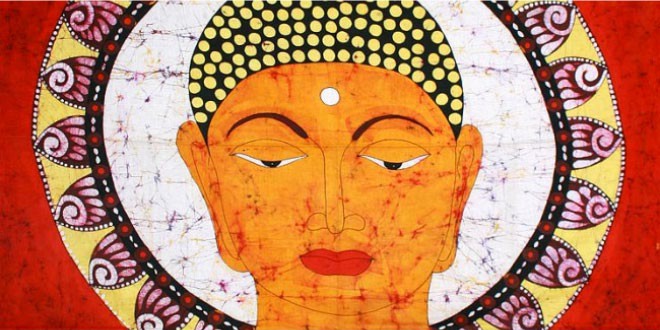 Buddhist Meditation Quiz: Buddhism is the world’s fourth-largest religion, with over 520 million followers or over 7% of the global population, known as Buddhists. Buddhist schools vary on the exact nature of the path to liberation, the importance and canonicity of various teachings and scriptures, and especially their respective practices.

Some historical and technical aspects of meditation as taught by the Buddha.

Meditation is a mental and physical course of action that a person uses to separate themselves from their thoughts and feelings in order to become fully aware.

It plays a part in virtually all religions although some don’t use the word ‘meditation’ to describe their particular meditative or contemplative practice.

Meditation does not always have a religious element. It is a natural part of the human experience and is increasingly used as a therapy for promoting good health and boosting the immune system.

Anyone who has looked at a sunset or a beautiful painting and felt calm and inner joy, while their mind becomes clear and their perception sharpens, has had a taste of the realm of meditation.

Successful meditation means simply being – not judging, not thinking, just being aware, at peace and living each moment as it unfolds.

What is Buddhist meditation?

In Buddhism the person meditating is not trying to get into a hypnotic state or contact angels or any other supernatural entity.

In the most general definition, meditation is a way of taking control of the mind so that it becomes peaceful and focused, and the meditator becomes more aware.

There are a number of methods of meditating – methods which have been used for a long time and have been shown to work. People can meditate on their own or in groups.

Meditating in a group – perhaps at a retreat called a sesshin or in a meditation room or zendo – has the benefit of reminding a person that they are both part of a larger Buddhist community, and part of the larger community of beings of every species.

Meditation in Buddhism and Christianity

David Midgley is founding director of the Jamyang Buddhist Centre Leeds. Dr Susan Blackmore is Lecturer in Psychology at the University of the West of England and Bristol. They discuss meditation practices with Liz Watson, director of the London Christian Meditation Centre.

Working with the mind

All that we are is the result of what we have thought: it is founded on our thoughts, it is made up of our thoughts.
Dhammapada Chapter 1:1-2

These lines from the ancient Buddhist scripture the Dhammapada suggest that the mental states we experience are the key to everything in our lives.

Buddhist meditation is an invitation to turn one’s awareness away from the world of activity that usually preoccupies us to the inner experience of thoughts, feelings and perceptions.

For Buddhists, the realm of meditation comprises mental states such as calm, concentration and one-pointedness (which comprises the six forces: hearing, pondering, mindfulness, awareness, effort and intimacy).

The practice of meditation is consciously employing particular techniques that encourage these states to arise.

Some classical meditation methods use the meditator’s own breathing. They may just sit and concentrate on their breathing… not doing anything to alter the way they breathe, not worrying about whether they’re doing it right or wrong, not even thinking about breathing; just ‘following’ the breathing and ‘becoming one’ with the breathing.

It is important not to think: “I am breathing”. When a person does that they separate themselves from the breathing and start thinking of themselves as separate from what they are doing – the aim is just to be aware of breathing.

This is more difficult than it sounds. Some meditators prefer to count breaths, trying to count up to ten without any distraction at all, and then starting again at one. If they get distracted they notice the distraction and go back to counting.

But there are many methods of meditation – some involve chanting mantras, some involve concentrating on a particular thing (such as a candle flame or a flower).

Nor does meditation have to involve keeping still; walking meditation is a popular Zen way of doing it, and repetitive movements using beads or prayer wheels are used in other faiths.

In the West, for many of those who want to explore a spiritual path, meditation is the first thing they encounter.

In Buddhist tradition, meditation is the second part of the ‘threefold path’.

There are many formulations of the Buddhist path to spiritual awakening but the threefold path is generally seen as the most basic one.

The first training, and the indispensable basis for spiritual development, according to the Buddha, is ethics (shila).

Buddhism does not have laws or commandments but its five ethical precepts are guidelines for how to live in a way that avoids harming others or oneself.

Meditation (samadhi) is the second training. Acting ethically gives rise to a simpler life and a clear conscience, which are a sound basis for meditation practice.

Meditation clarifies and concentrates the mind in preparation for the third training: developing wisdom (prajna). The real aim of all Buddhist practice is to understand the true nature of our lives and experience.