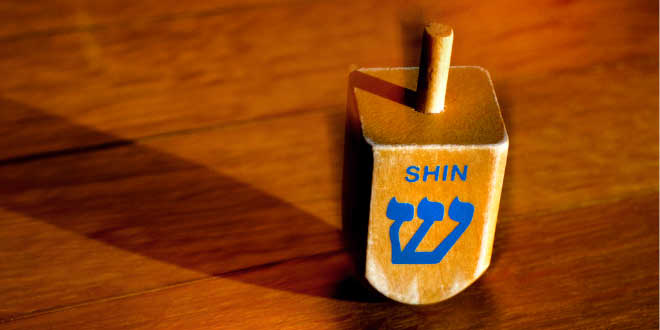 How to Play the Dreidel Game? Any number of people can play the dreidel game. At the beginning of the game each player is given an equal number of gelt pieces or candy, usually 10-15.

At the beginning of each round, every player puts one piece into the center “pot.” They then take turns spinning the dreidel, with the following meanings assigned to each of the Hebrew letters:

If a player runs out of game pieces they are “out”.

The dreidel, the small top that’s among the most recognizable symbols of the Hanukkah season, is a fun game of chance to play with friends and family.

Step 1: Divide the tokens
Divide the candies, coins, or other betting tokens evenly among the players.

Tip: Dole out a minimum of ten tokens per person.

Step 2: Ante up
Each player antes up one token to begin.

Step 3: Spin the dreidel
The players take turns spinning the dreidel, which has four sides, each marked with a Hebrew letter.

Step 4: Do nothing
If the dreidel lands on “nun,” which stands for the Yiddish word nisht, or “nothing,” do nothing.

Step 5: Take everything
If the dreidel lands on “gimmel,” which stands for the Yiddish word gantz, or “everything,” you’ve hit the jackpot. Take all the tokens.

Step 6: Take half
If the dreidel lands on “hey,” which stands for the Yiddish word halb, or “half,” you win half the pot.

Tip: If there are an odd number of tokens in the pot, the player rounds up one.

Step 7: Put one in
If the dreidel lands on “shin,” which stands for the Yiddish word shtel, or “put in,” you have to put one of your tokens into the pot.

Step 8: Fill the pot
Whenever the pot is emptied—or gets down to one token—everyone adds a token.

Step 9: Ante up again
After every player has had a spin, everyone puts in another token and begin another round of spinning.

Step 10: Sit out
A player is out when he or she runs out of tokens.

Did You Know?
A version of the dreidel game has been played in various countries and cultures for at least 500 years.