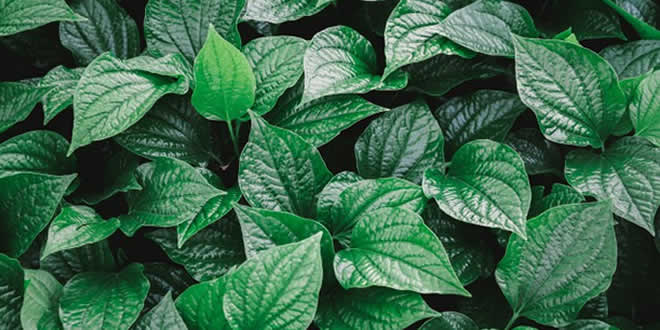 Betel Medical Plant — The Betel (Piper betle) is a spice whose leaves have medicinal properties. The plant is known by a series of different names in the regions in which it is consumed – among these are Vetrilai (Tamil), Vettila (Malayalam). The plant is evergreen and perennial, with glossy heart-shaped leaves and white catkins, and grows to a height of about 1 metre. The Betel plant originated from South and South East Asia (India, Sri Lanka, Vietnam, and Malaysia). The best Betel leaf is the “Magadhi” variety (literally from the Magadha region) grown near Patna in Bihar, India. In Kerala, the famous variety of betel leaf is from Venmony near Chengannur and it is called “Venmony Vettila”. Betel leaf cultivated in Tirur, Kerala is also of fine quality. Betel leaves exported from Tirur are famous in Pakistan as “Tirur Pan”.

In India, the betel and areca play an important role in Indian culture especially among Hindus. All the traditional ceremonies governing the lives of Hindus use betel and areca. For example to pay money to the priest, they keep money in the betel leaves and place it beside the priest.

The betel and areca also play an important role in Vietnamese culture. In Vietnamese there is a saying that “the betel begins the conversation”, referring to the practice of people chewing betel in formal occasions or “to break the ice” in awkward situational conversations. The betel leaves and areca nuts are used ceremonially in traditional Vietnamese weddings. Based on a folk tale about the origins of these plants, the groom traditionally offer the bride’s parents betel leaves and areca nuts (among other things) in exchange for the bride. The betel and areca are such important symbols of love and marriage such that in Vietnamese the phrase “matters of betel and areca” is synonymous with marriage.

The betel (Piper betle) is a vine of the family Piperaceae, which includes pepper and kava. Betel leaf is mostly consumed in Asia, and elsewhere in the world by some Asian emigrants, as betel quid or in paan, with areca nut and / or tobacco.

In India and Sri Lanka, a sheaf of betel leaves is traditionally offered as a mark of respect and auspicious beginnings. Occasions include greeting elders at wedding ceremonies, celebrating the New Year, and offering payment to Ayurvedic physicians and astrologers (to whom money and / or areca nut, placed on top of the sheaf of leaves, are offered in thanks for blessings).

The betel plant is an evergreen perennial, with glossy heart-shaped leaves and white catkin. The betel plant originated in Southern and Southeast Asia.