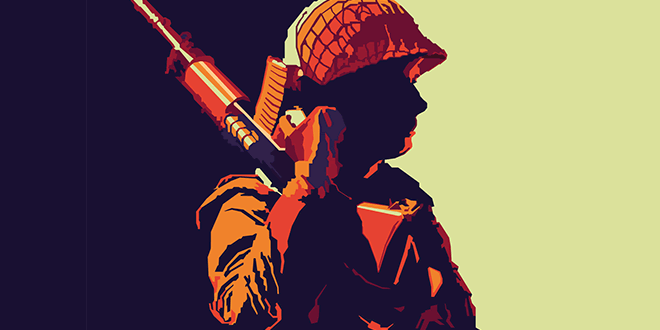 Patriotism consists not in waving the flag, but in striving that our country shall be righteous as well as strong.

Patriotism is a sentiment that could crush the strongest boulders of malice, a sentiment as gentle as a wave in the ocean that brings along a whoosh of affinity to commemorate the diversity of culture. It is not a feeling that comes for a day to fade away. It is something that stays there, right there in the most special corner of your heart and overwhelms you, time and again, with an inexplicable love for your motherland.

And Bollywood never disappoints us. This time, with croon-worthy patriotic numbers, it’s time to feel the lump in your throat, the goosebumps on your skin. Here we have collected 25+ Hindi Patriotic Songs for our users:

Hindi Patriotic Songs: Patriotism oozes from each and every word of the memorable song Mere Desh ki Dharti. From the movie Upkar, which was released in 1967 and starred Manoj Kumar, the song can be heard at events commemorating national days. The song was sung by the legendary singer Mahendra Kapoor.

One of the most patriotic songs from the 1986 blockbuster Karma, Aye Watan Tere Liye, is a melodious and energetic song. The movie supports a long star cast which includes Dilip Kumar, Nutan, Jackie Shroff, Anil Kapoor, Naseeruddin Shah, Sri Devi, Poonam Dhillon and Anupam Kher. The song has been sung by Mohammad Aziz and Kavita Krishnamurthy.

Hindi Patriotic Songs: Starring Dilip Kumar, this film was a 1961 Indian crime drama and is one of the most critically acclaimed film of that era. The film is about two brothers; one is boisterous and the other is bookish and how these two oppugnant brothers confront each other as enemies. Amongst various other songs, Insaaf Ki Dagar Pe (“on the path of justice”) is one of the classic patriotic songs of the nation. Sung by Hemant Kumar, this song is an optimistic representation of Indian Independence.


Hindi Patriotic Songs: A 1997 drama by Subhash Ghai was a hit not only commercially but due to its music as well. The film is about cultural values and how Indians are deeply rooted to their tradition. The song I Love My India represents just that emotion. It has been sung by Kavita Krishnamurthy, Hariharan, Shankar Mahadevan and Aditya Narayan. Written by Anand Bakshi and composed by Nadeem-Shravan.

Hindi Patriotic Songs: Naya Daur, which was released in 1957 and starred Dilip Kumar and Vyjayanthimala, was a huge commercial hit. Released some ten years after India’s independence, the movie was about the growing industrialization in India. The movie teemed with numerous melodious songs and Yeh Desh Hai Veer Jawano Ka is probably the best of the lot. Though it has been 60 years since the movie was released, however, the song has not lost its appeal. The song was sung by two acclaimed singers – Mohammed Rafi and Balbir. 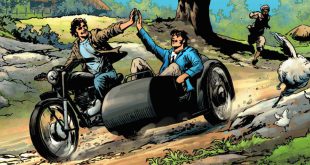