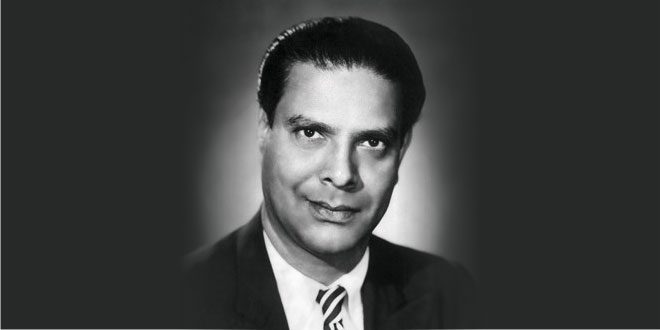 Shakeel Badayuni was one of the famous Urdu poet and lyricist of 50s and 60s. He is best remembered for most of his songs with music director Naushad. Shakeel won three Filmfare Awards in a row from 1961 to 1963 for his songs ‘Kahin Deep Jale Kahin Dil’ (Bees Saal Baad), ‘Husnwale Tera Jawab Nahin’ (Gharana), and ‘Chaudvin Ka Chand Ho’ (Chaudhvin Ka Chand). Shakeel Ahmed was born at Badayun, Uttar Pradesh in 1916. After getting early education at home, he graduated from Aligarh Muslim University in 1942. After graduation, he got a clerical job in the Supply department and started living in Delhi. Meanwhile when working in Delhi, he continued to participate in mushairas happening near by the city. In 1944, he left his Government job and moved to Bombay to become a lyricist. Shakeel became successful for lyrics of his very first film ‘Dard’ with music director Naushad. After the success of Dard, Shakeel’s association with composer Naushad was continued for many more films. His best films with Naushad include Baiju Bawra (1952), Mother India (1957), and Mughal-e-Azam (1960). Besides Naushad, he also worked for composers Hemant Kumar and Ravi. He died in Mumbai in 1970.