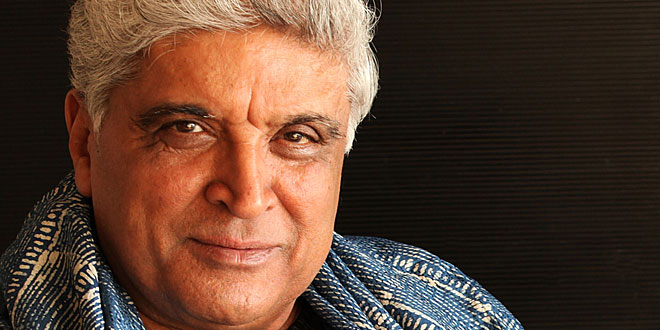 One name that is synonymous with romance, aesthetics and Urdu poetry in contemporary India is that of Javed Akhtar. This famous lyricist and songwriter was born on January 17th 1945 in Gwalior. The life history of Javed Akhtar is a roller coaster ride and the number of honors to his name is an endless list that is still growing. This multi talented personality is a renowned poet and lyricist in the Indian film industry. Javed Akhtar is the son of a famous Urdu poet Jaan Nisar Akhtar and Safia Akhtar who was a writer and a teacher. His past generation has a lineage of prominent poets and writers and Javed skillfully takes the tradition forward. To know more about Akhtar, continue to read this insightful biography on him.

His grandfather is looked upon as the milestone in Urdu poetry and is the famous Muzter Khairabadi. Another famous Urdu poet, Majaz, was his mother’s brother. Javed Akhtar’s generation undoubtedly has an impressive lineage of poets and writers. His parents were also professors at the Hamidia College in Bhopal, Madhya Pradesh. As a young lad, Javed went to Cambridge School, Bhopal. He graduated from Safiya College, Bhopal in 1964. In his yesteryears, Javed was a radical kid, which is what created a distance between him and his father.

After spending some difficult time in Bhopal for some years, he arrived in Bombay (Mumbai). Popularly known as the city of dreams, every artist definitely tries his luck once in the famous Indian film industry. He got his first major break in the year 1969 in the movie Seeta aur Geeta. It was on this set that he met Honey Irani and later married her. They had two children, Farhan and Zoya. Farhan Akhtar is a leading producer in the Indian film industry today, whereas Zoya Akhtar is excelling as a director in the film industry. He divorced Honey Irani and married Shabana Azmi, the daughter of another famous poet, Kaifi Azmi.

As A Script Writer & Lyricist:

Javed Akhtar excelled as not just a poet but also as a scriptwriter and a song lyricist. He got fame when he collaborated with the famous scriptwriter Salim Khan and they both penned down some unforgettable hits as the duo of Salim-Javed. Both of them delivered some beautiful hits like Zanjeer, Deewar, Haathi Mere Saathi, Don etc. The first published poetry collection of Javed Akhtar was called Tarkash and came out in the year of 1980. It became a huge success by 1995 and it is still in edition in Hindi and Urdu language. It has been popular all through these years both as a written book as well as an audio book. The audio book was produced by the music company called the Plus Music and has sold about a hundred thousand copies.

The duo parted ways in the year 1981. Since then Javed has worked independently and has scripted many movies. Javed Akhtar won a national award for best lyricist for the hit movie Saaz in the year 1996. This trend carried on for two more years as he won national awards for the movies Border and Godmother in 1997 and 1998 respectively. He has scripted some hit films like Sagar, Arjun and Betaab. But after a while, he returned back to being a lyricist.

Javed Akhtar has also won 7 Filmfare awards and the government of India has honored with the titles of Padma Shree and Padma Bhushan. He is a multi-talented personality who continues to get rave reviews and awards for his works. His first collection of Urdu poems was released in the year 1995. It was read by millions in both Hindi and Urdu. It was also released as an album and sold many CD’s. The famous artist M.F. Hussain is said to have painted around 16 canvases inspired from his poems.

Contribution To The Society:

Javed Akhtar has always had the high sense of social reforms and has been associated with variety of social projects. He is a known social commentator and an activist. He has writer a number of sentimental poems on communalism, social disparities, Women’s rights and her position in the society. He wrote an inspirational song which was declared by the Ministry of Human Resource Development as a message to the misguided youth to come forward and contribute in positively building up of the nation in the year of 1995. He is also the president of Muslim For Secular Democracy MFSD. In the year of 2003, he founded it on the great occasion of Mahatma Gandhi‘s birthday. He is also an active part of the organization called the Citizens for Justice and Peace. He was nominated as a honorable member of the Rajya Sabha by the then President of India in the year of 2010. He has addressed many universities like: Harvard University (On secular element in Urdu poetry), University of Mary Land (On forces to central fundamentalism), Columbia University (On social justice and communal harmony), Oxford University (On Indian cinema and new icons), University of London (Modern Urdu Poetry), etc.