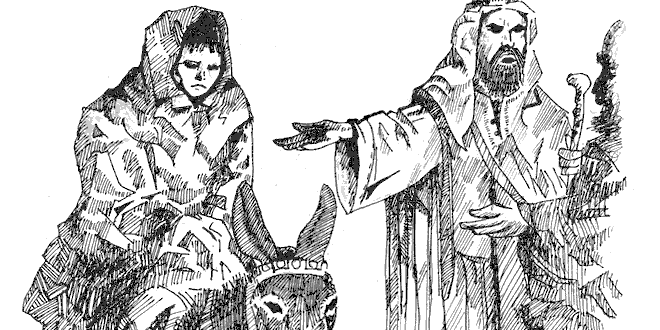 Stories from the Bible, Not long after they were married, the Roman Emperor, Augustus Caesar, wanted to make…

Mary and Joseph travel to Bethlehem

Mary was engaged to marry Joseph. After telling Mary she was to be the mother of the Son of God, the angel also spoke to Joseph. The angel told Joseph that Mary was to have a child who would be God’s son.

After Mary’s visit to Elizabeth, Mary and Joseph were married. Not long after they were married, the Roman Emperor, Augustus Caesar, wanted to make a list off all Jewish people. The emperor wanted this list so he could collect taxes from everyone. This meant that the people would have to travel to their hometowns or to the hometowns of their fathers’ place their names on the special list there.

Mary and Joseph had to go to Bethlehem. It was a long journey. It was also a tiring journey for Mary, for soon her son would be born. Mary rode on a donkey, and Joseph walked beside her. 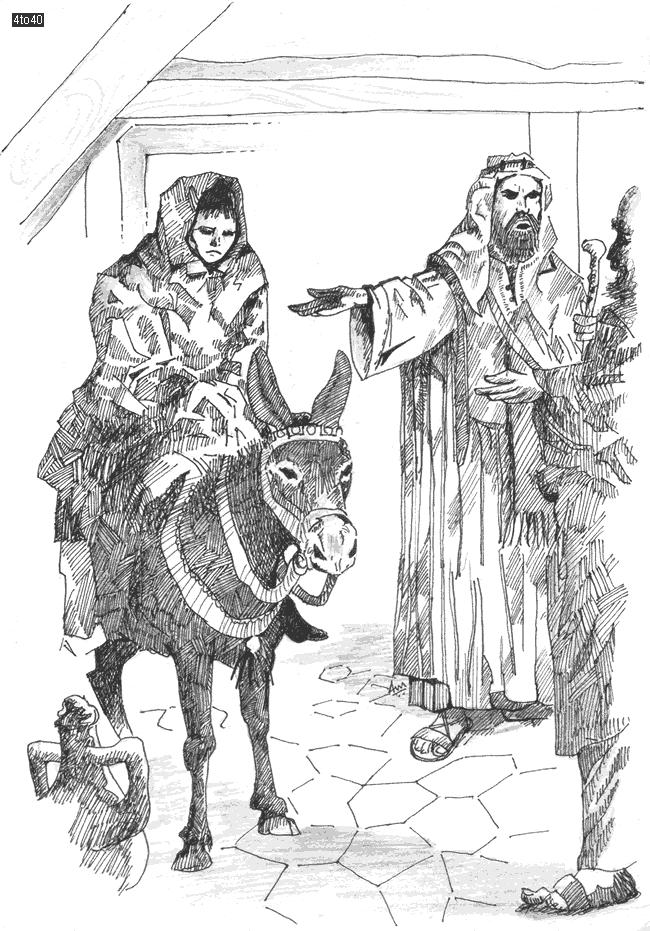 When Mary and Joseph got to Bethlehem, they found many people were already there. There were so many people in Bethlehem that there was no rooms left in the inn. The only place they could find was a stable.

Mary and Joseph spent the night in the stable. During that night, Mary’s baby was born. Mary wrapped the baby warmly in swaddling clothes. Because there was no bed, Mary laid the baby on the sweet-smelling hay in the manger. And Mary named the baby Jesus, as the angel had said.

Bethlehem is a Palestinian town south of Jerusalem in the West Bank. The biblical birthplace of Jesus, it’s a major Christian pilgrimage destination. The birth is marked by an inlaid silver star in a grotto under the 6th-century Church of the Nativity, which shares Manger Square with the 15th-century Church of St. Catherine and the 1860 Mosque of Omar.

“Mary and Joseph travel to Bethlehem”: Illustration by ~ ‘Amarjeet Malik‘