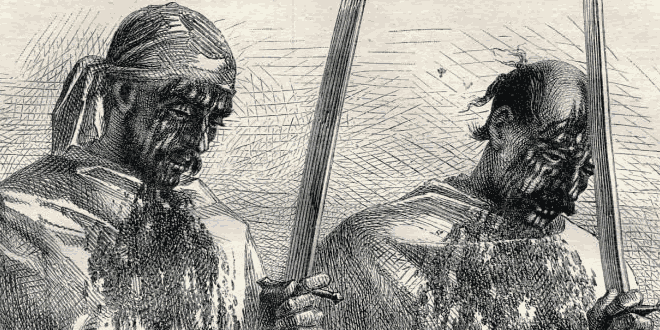 The Day of Ashura: 10th day of Muharram

The Islamic New Year, or lunar Hijri calendar, begins with the sighting of the new moon which counts as the first day of the month of Muharram. Muharram is the first month of the Islamic calendar. This holy festival is celebrated by both the sects of the Muslim religion, Sunnis and Shias. This month of one of the four most sanctified months of the Islamic calendar. It was on this day that Allah created heaven and earth. The month is also considered more significant as on the 10th day of Muharram, that is, Ashura, Prophet Muhammad’s grandson, Hazrat Imam Hussain Ali was brutally massacred along with his family and other followers. Hence, the 10th day turns to be of more religious significance. The day of Ashura is highly mourned by the Shia Muslims. Read on to know how the day of Ashura is celebrated across the world.

The Day of Ashura: How Is Ashura Celebrated?

The day of Ashura falls on the 10th day of the month of Muharram. The word “ashura” literally means ten. The day is observed for different reasons and in different ways by the Sunnis and Shias. The Sunni Muslims observe the day as a quiet affair. During the reign of Prophet Muhammad, He observed the local Jews observing a day of fast at this day of Muharram which the Jews considered to be their Day of Atonement. On asking, the reason given for the fast was that Moses started observing the fast as away to express gratitude to God for liberating the Israelites from Egypt. Hence, the Prophet himself started fasting and recommended the other Muslims also to do so. However, in order to distinguish from the Jews, he suggested fasting on two days, the 9th and the 10th of Muharram.

Sunni Muslims observe these fasts although they are not compulsory. However, a person fasting on the day of Ashurah is believed to be rewarded with 10,000 martyrs and the reward of 10,000 people performing Hajj and Umrah. There are other activities that Sunni Muslims carry out on Ashura. A person should place his hand on the head of an orphan. He should perform Nafl Salaat prayers and also recite Surah Ikhlas 1000 times. He should give out as mush charity as he can afford. One should take a bath, cut nails and apply surma in his and others’ eyes. Meeting an ill person on the day of Ashura is considered as visiting the siblings of Hazrat Adam. One should also serve water to others. Serving water for one time is counted as not disobeying Allah for even a blink of an eye.

While for Shia Muslims, the day of Ashura has become a national holiday in countries, such as Afghanistan, Iran, Iraq, Pakistan, Lebanon and Bahrain. People in these countries commemorate this day as a grieving and mourning occasion. People assemble at mosques where sorrowful and poetic recitations, such as marsiya, noha, latmiya and soaz are performed to commemorate the martyrdom of Imam Hussain. People chant “Ya Hussain” while grieving to the tunes of the beating drums. The battle of Karbala is retold that enables the mourners to relive the pain and sorrowed endured by Hussain and his family.

In places like Iraq and Lebanon, people read Maqtal Al-Husayn narrating the story of the battle. While is countries like Iran and the Arab states of the Persian Gulf, passion plays are performed enacting the battle and the suffering and martyrdom of Hussain at the hands of Yazid. People take out large processions of taziya or taziyeh, miniature mausoleums of Imam Hussain and his family. The taziyeh are made of wood, bamboo, tin foil, mica and glass. They beat their chests, known as matam, to display their devotion to Hussain and remember his suffering. Male participants incorporate in wounding themselves with small knives and sharp tools attached to the chains into the matam. The taziyeh are carried through the streets and buried at the local Karbala at the end of the day.