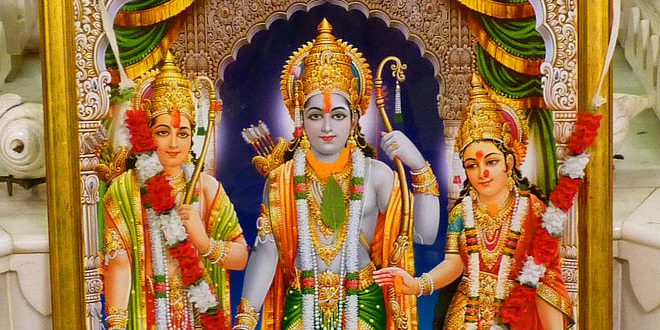 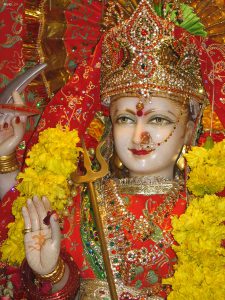 As per the legends mentioned in the Puranas and other Hindu scriptures, Chaitra Navratri is the actual Navratri during which Goddess Durga was worshiped. But during the time of Ramayana war, Lord Sri Ram worshiped Durga at the time of Ashwin month. Since then, Ashwin Navratri or Durga Navratri has become the main festive season to worship the Goddess.

It is celebrated all over India with full dedication, enthusiasm. This is one of the most auspicious occasions for Hindus and conveys pure happiness.

Navaratri is celebrated two times in a year, first in the month of Chaitra (March- April) and second time in the month of Ashwani (September – October). It is continuously celebrated for nine days in deep devotion of goddess Maa Durga. As per Hindu mythology, goddess Durga exists in many forms. These various forms of the Goddess are: Uma, Gauri, Parvati, Jagatmata, Kali, Chandi, Ambika and Bhairavi, etc. and is worshiped during this nine-day long festival. People worship her by referring as Mata Sherawali as the first appearance of her sitting on a tiger.

Navaratri is celebrated in different ways throughout India. In the South Indian states of Tamil Nadu & Karnataka, it is celebrated by setting up of Golu (pronounced as Golu or Kolu) or Bombegalu. It is believed that this was a means to invite people home to celebrate the festivities with them. In Karnataka, particularly Mysore on the 10th day the enacting of destruction of evil (Ravana destroyed by Rama) is displayed with the lighting of dolls representing Ravana and forces of evil. In northern India, people keep fasts, go to temples, and sing devotional prayers during these nine days. In homes people place the images of goddess Durga and worship her by singing devotional songs and bhajans. Most of the people visit temples that are beautifully decorated with lights and flowers. On the eighth and the ninth day people end by calling young girls to their home and giving them delicious items to eat.