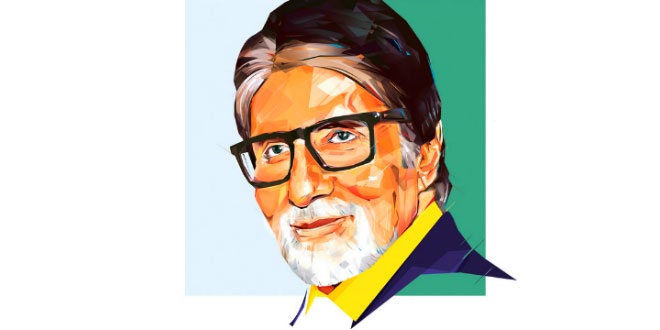 Amitabh Bachchan — The Government of India honored him with the Padma Shri in 1984, the Padma Bhushan in 2001 and the Padma Vibhushan in 2015 for his contributions to the arts.

Amitabh Bachchan is in popular parlance, the king of Indian cinema was born on October 11, 1942 in Allahabad, Uttar Pradesh, India. Son of well-known poet Harivansh Rai Bachchan and Teji Bachchan. He went to Sherwood College, a boarding school in the hill-station town of Nainital, and from there to Delhi University where he earned a double MA degree. His first film was “Saat Hindusthani” and he has since made over a hundred films in a career that included such box office successes as “Zanjeer”, “Deewar”, “Sholay” and “Amar Akbar Anthony”, also get some awards on those film. Amitabh Bachchan one of the most famous introducing into Hindi cinema, the character of the “angry young man” in stark contrast to the more romantic characters being played by his contemporaries. Amitabh Bachchan retired from the film industry to briefly enter politics by winning a seat in parliament from his hometown of Allahabad. However, his political career was short lived. 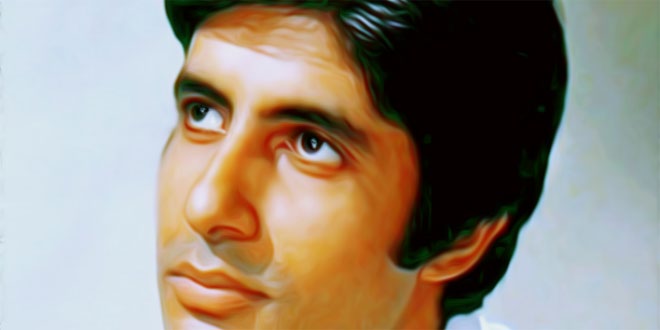 Amitabh returned to Bollywood by founding his own production company called “Amitabh Bachchan Corporation Limited” (ABCL) which produced several films such as Mani Ratnam’s “Bombay” and Shekar Kapoor’s “Bandit Queen”. The company burst into the limelight in 1996 when it was responsible for bringing to India, the Miss World Pageant but was then mired with controversy when the company was not able to pay its dues. In 1997 at the age of 55, Amitabh Bachchan made his comeback to cinema with the film “Mrityudata”. In 1999, in a BBC Online Poll, Amitabh Bachchan was named the Superstar of the Millennium ahead of the likes of Alec Guinness and Marlon Brando. In June, 2000 he became the first living Asian to have a wax statue erected in his honor at Madame Tussaud’s.

In the same year, Amitabh Bachchan once again re-entered Indian popular culture by anchoring the hugely popular quiz program “Kaun Banega Crorepati”, the Indian version of “Who Wants to Be a Millionaire?”. He married Jaya Badhuri, she is also a film star. In the film “Kabhi Kushi Kabhi Gam”, Amitabh and Jaya together play a role after a long year back.

Bachchan still strike the gold at the box office with the success of “Baghban” the senior superstar has made a statement against ageism in the industry. In 2003 he lined up more projects, more varied roles, more endorsements than any other younger actors. He lined up with “Khakee”, “Aetbaar” and “Lakshya”. As more successful he gets more self deprecating he is becomes. He likes to knock his acting, downplay his formidable connections. But his influence inside and outside the industry grows. The aura for him gets bigger. At the age of 61 when youngsters do one movie at a time he zips from one set to another. He takes risks whether it is sporting over the Top Wigs, freaking out in Funky Videos or playing the Dour Patriarch and all too stylish.

He was a former stage actor, radio announcer and freight company executive in Calcutta, India. When he was just trying to get a break in movies he was told to soften his ‘deep’ voice. However it was soon realised that his deep rich voice was excellent for narration. He has provided narrations for several films. Married to Jaya Bhaduri, a well-known actress, he has two kids, Shweta and Abhishek. His first movie was Saat Hindustani (1969). He came to be known as ‘the Angry Young Man’ after his film Zanjeer (1973), which made him a superstar. He also ran for seat in the Congress from his hometown but had to leave midterm because of controversies. While shooting for “Coolie” (1983) he received a near fatal injury. He was hospitalized and the Indian press issued daily bulletins on his health. He is highest paid Bollywood actor in the film industry.

Amitabh had a very close association with the former Indian Prime Minister Indira Gandhi and her son Rajiv Gandhi (also Prime Minister) and he was elected to parliament with a huge majority from his hometown of Allahabad. But in politics he did not last long and was implicated in the infamous Swedish Bofors Gun deal scandal along with Rajiv Gandhi and others.

One of his films “Boom” made lot of people unhappy. All are shocked what he had done, it was not the right decision to select that film people believed. And he felt sorry for the people who were upset from his appearance in the film. But he said the character he played in it is repulsive. And he is doing that only which going to be not liked by people. In that regard he feel a sense of achievements.

Mostly the other stars are keen to work with Amitabh, but he is one who desires to work with Tabu for many years but no one is taking it seriously. Let see when he gets the opportunity to work with her.

Amitabh Bachchan’s forthcoming film will be Bunty Walia’s “Just Panjabi” which is being directed by Apoorva Lakhia. Other co-stars Sanjay Dutt and Lara Dutta. Sanjay Leela Bhansali’s Black. And his AB Corp’s vehicle, which he is relaunching with Abhishek Bachchan Ranveer.

On 24th September 2019 ,he was awarded the prestigious Dadasaheb Phalake award for 2018 by government of India