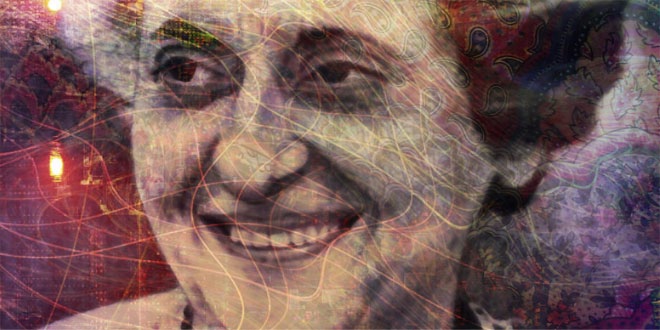 Indira Gandhi was the first women Prime Minister and an important world stateswoman. She was born in Allahabad, in the state of Uttar Pradesh. She was the only child of Jawaharlal Nehru, the first Prime Minister of India. She was a great crusader of world peace. When she was just 13 years old, Indira organized a ‘Monkey Army’ (Vanar Sena) comprising of young teenagers which proved her intention to fight for the independence of her country.

In 1942, she got married to Feroze Gandhi. Two sons were born to her – Rajiv Gandhi and Sanjay Gandhi. Indira Gandhi became the third Prime Minister of India on January 24, 1966 and remained in this post up to 1977. In 1975, her election to Parliament was declared invalid and she declared internal emergency, which led to her defeat in 1977 elections. Indira Gandhi returned to power in 1980 with an overwhelming majority.

She was one of the most efficient Prime Ministers of India and is credited with great achievements. Noteworthy among them are nationalization of banks, liberation of Bangladesh and 20 point programme for the upliftment of the poor. She was honored with ‘Bharat Ratna’ in 1971.

Mrs. Gandhi, met her tragic end on 31st October 1984, when she was brutally assassinated by her own guards.

Daughter of India’s first Prime Minister, Jawaharlal Nehru, and mother of another, Rajiv Gandhi, Indira Gandhi was one of India’s most remarkable political leaders after independence. She took the surname Gandhi when she married Feroze Gandhi, and she was of no relation to Mahatma Gandhi.

The Nehru family can trace their ancestry to the Brahmins of Jammu and Kashmir and Delhi. Indira’s grandfather Motilal Nehru was a wealthy barrister of Allahabad in Uttar Pradesh. Nehru was one of the most prominent members of the Indian National Congress in pre-Gandhi times and would go on to author the Nehru Report, the people’s choice for a future Indian system of government as opposed to the British system. Her father Jawaharlal Nehru was a well-educated lawyer and was a popular leader of the Indian Independence Movement. Indira was born on the 19 November 1917 to Mr. Jawaharlal Nehru and his young wife Kamala Nehru; at this juncture, Nehru entered the independence movement with Mahatma Gandhi.

Growing up in the sole care of her mother, who was sick and alienated from the Nehru household, Indira developed strong protective instincts and a loner personality. Her grandfather and father continually being enmeshed in national politics also made mixing with her peers difficult. She had conflicts with her father’s sisters, including Vijayalakshmi Pandit, and these continued into the political world.

Indira created the Vanara Sena movement for young girls and boys which played a small but notable role in the Indian Independence Movement, conducting protests and flag marches, as well as helping Congress politicians circulate sensitive publications and banned materials. In an often-told story, she smuggled out from her father’s police-watched house an important document in her schoolbag that outlined plans for a major revolutionary initiative in the early 1930s.

In 1936, her mother Kamala Nehru finally succumbed to tuberculosis after a long struggle. Indira was 17 at the time and thus never experienced a stable family life during her childhood. She attended prominent Indian, European and British schools like Santiniketan and Oxford, but her weak academic performance prevented her from obtaining a degree. In her years in continental Europe and the UK, she met Feroze Gandhi, a young Parsee Congress activist, whom she married in 1942, just before the beginning of the Quit India Movement – the final, all-out national revolt launched by Mahatma Gandhi and the Congress Party. The couple was arrested and detained for several months for their involvement in the movement. In 1944, Indira Gandhi gave birth to Rajiv Gandhi, followed by Sanjay Gandhi two years later.

During the chaotic Partition of India in 1947, she helped organize refugee camps and provide medical care for the millions of refugees from Pakistan. This was her first exercise in major public service, and a valuable experience for the tumult of the coming years.

The couple later settled in Allahabad where Feroze worked for a Congress Party newspaper and an insurance company. Their marriage started out well, but deteriorated later as Gandhi moved to New Delhi to be at the side of her father, now the Prime Minister, who was living alone in a high-pressure environment at Teen Murti Bhavan. She became his confidante, secretary and nurse. Her sons lived with her, but she eventually became permanently separated from Feroze, though they remained married.

When India’s first general election approached in 1951, Gandhi managed the campaigns of both Nehru and her husband, who was contesting the constituency of Rae Bareilly. Feroze had not consulted Nehru on his choice to run, and even though he was elected, he opted to live in a separate house in Delhi. Feroze quickly developed a reputation for being a fighter against corruption by exposing a major scandal in the nationalized insurance industry, resulting in the resignation of the Finance Minister, a Nehru aide.

At the height of the tension, Gandhi and her husband separated. However, in 1958, shortly after re-election, Feroze suffered a heart attack, which dramatically healed their broken marriage. At his side to help him recuperate in Kashmir, their family grew closer. But Feroze died on September 8, 1960, while Gandhi was abroad with Nehru on a foreign visit.

During 1959 and 1960, Gandhi ran for and was elected the President of the Indian National Congress. Her term of office was uneventful. She also acted as her father’s chief of staff. Nehru was known as a vocal opponent of nepotism, and she did not contest a seat in the 1962 elections.

Nehru died on May 24, 1964, and Gandhi, at the urging of the new Prime Minister Lal Bahadur Shastri, contested elections and joined the Government, being immediately appointed Minister for Information and Broadcasting. She went to Madras when the riots over Hindi becoming the national language broke out in non-Hindi speaking states of the south. There she spoke to government officials, soothed the anger of community leaders and supervised reconstruction efforts for the affected areas. Shastri and senior Ministers were embarrassed, owing to their lack of such initiative. Minister Gandhi’s actions were probably not directly aimed at Shastri or her own political elevation. She reportedly lacked interest in the day-to-day functioning of her Ministry, but was media-savvy and adept at the art of politics and image-making.

When the Indo-Pakistani War of 1965 broke out, Gandhi was vacationing in the border region of Srinagar. Although warned by the Army that Pakistani insurgents had penetrated very close to the city, she refused to relocate to Jammu or Delhi. She rallied local government and welcomed media attention, in effect reassuring the nation. Shastri died in Tashkent, hours after signing the peace agreement with Pakistan’s Ayub Khan, mediated by the Soviets.

Shastri had been a candidate of consensus, bridging the left-right gap and staving off the popular conservative Morarji Desai. Gandhi was the candidate of the ‘syndicate’, regional power brokers of immense influence, who thought that she would be easily led. Searching for explanations for this disastrous miscalculation many years later, the then Congress President K. Kamaraj made the strange claim that he had made a personal vow to Nehru to make Gandhi Prime Minister ‘at any cost’.

With the backing of the Syndicate, in a vote of the Congress Parliamentary Party, Gandhi beat Morarji Desai by 355 votes to 169 to become the fifth Prime Minister of India and the first woman to hold that position.