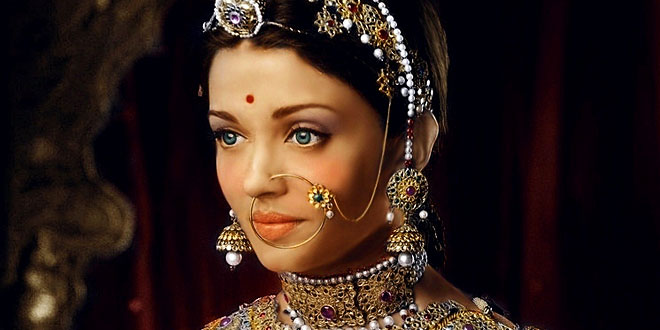 Aishwarya Rai (born 1 November 1973), known as Aishwarya Rai Bachchan after her marriage, is an Indian actress and the winner of the Miss World pageant of 1994. Through her successful Bollywood career, she has established herself as one the most popular and high-profile celebrities in India. Rai has received several awards, including two Filmfare Awards from ten nominations. She was awarded the Padma Shri by the Government of India in 2009 and the Ordre des Arts et des Lettres by the Government of France in 2012. She is cited in the media as the “most beautiful woman in the world”.

During her career, Rai has acted in over forty movies in Hindi, English, Tamil and Bengali. She is sometimes known simply as “Ash” or “Aish”.

Often cited by the media as the most beautiful woman in the world, Rai made her movie debut in Mani Ratnam’s Tamil film “Iruvar” (1997) and had her first commercial success in the Tamil movie Jeans (1998). She came to the attention of Bollywood in the movie “Hum Dil De Chuke Sanam” (1999), directed by Sanjay Leela Bhansali. Her performance in the film won her the “Filmfare Best Actress Award”. In 2002 she appeared in Bhansali’s next project, “Devdas” (2002), for which she won her second Filmfare Best Actress Award.

After a low phase in her career during 2003–2005, she appeared in the blockbuster Dhoom 2 (2006), which turned out to be her biggest Bollywood commercial success. She later appeared in films like Guru (2007) and Jodhaa Akbar (2008), which were commercially successful and gained her critical acclaim. Rai has thus established herself as one of the leading contemporary actresses in the Indian film industry.

Rai was born in Mangalore to Krishnaraj Rai and Vrinda Rai. She has one elder brother, Aditya Rai, who is an engineer in the merchant navy and has also co-produced one of Rai’s movies, Dil Ka Rishta (2003). At an early age her parents moved to Mumbai where she attended the Arya Vidya Mandir high school in Santa Cruz. Rai then entered Jai Hind College at Churchgate for one year, and then moved to Ruparel College in Matunga to finish her HSC studies. She did well in school and planned to become an architect and went on pursuing studies in architecture. She can communicate in several languages, including her mother tongue Tulu, as well as Hindi, English, Marathi and Tamil. She started studying architecture but gave up her education to pursue a career in modelling.

While pursuing her studies in architecture, Rai began modelling on the side. In the 1994 Miss India contest, she won the second place behind Sushmita Sen, and was crowned Miss India World. She went on to win the Miss World title the same year, where she also won the Miss Photogenic award. She abandoned her academic education after winning the pageant and spent one year reigning as Miss World in London. Rai then started working as a professional model and then moved on to her current profession as an actress.