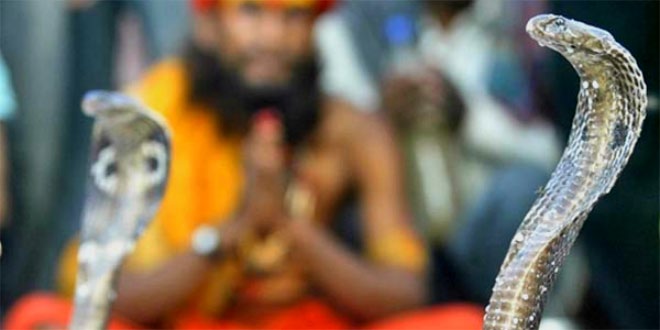 Naga Panchami is celebrated by Hindus in most parts of India. Naga Panchami is celebrated on Panchami in Shravan month. On this day, they worship Naga Devata (Cobras). Cobras are considered divine in Hindu mythology. People go to temples and snake pits and they worship the snakes. They offer milk and silver snake to protect them from all evils. They also fast. This festival is to celebrate the day Lord Krishna defeated the serpent Kalia. 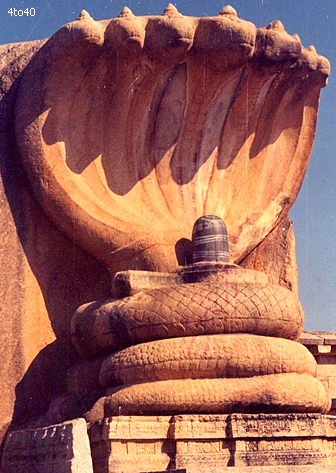 According to another legend the festival of Naga Panchami is celebrated by Hindus to pay respect to Nagas. The five Nagas worshipped on Naga Panchami are Ananta, Vasuki, Taxak, Karkotaka and Pingala. According to a Puranic myth Brahma’s son Kashyapa had four wives. Kashyapa’s first wife gave birth to Devas, second to Garudas, third to Nagas and fourth to Daityas. The third wife of Kashpa was called Kadroo, who gave birth to Nagas. So Nagas are also known as Kadrooja. They were the rulers of Patal-Loka. The prominent Cobra snakes mentioned in the Puranas are Anant, Vasuki, Shesh, Padma, Kanwal, Karkotak, Kalia, Aswatar, Takshak, Sankhpal, Dhritarashtra and Pingal. Some historians state that these were not snakes but Naga Kings of various regions with immerse power.

Naga Panchami is the festival of snakes celebrated on the fifth tithi in the month of Shravan. People visit temples specially dedicated to snakes and worship them. Shiva temples are also favored places for veneration as snakes are considered dear to him. In South India, people craft images of snakes using cow dung on either side of the entrance to the house to welcome the snake god. Some go to worship the snake which is believed to be hiding in the holes of anthills. Or else a five hood snake is made by mixing “gandh” (a fragrant pigment), “haldi-kumkum” (turmeric powder), “chandan” (sandal) and “kesar” (saffron) and placed on a metal plate and worshiped. This practice of worshiping the snake on this day is related to the following story.

The thousand-headed Shesh Nag who symbolizes Eternity is the couch of Lord Vishnu. It is on this couch that the Lord reclines between the time of the dissolution of one Universe and creation of another. Hindus believe in the immortality of the snake because of its habit of sloughing its skin. 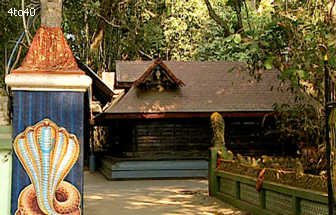 In Jainism and Buddhism snake is regarded as sacred having divine qualities. It is believed that a Cobra snake saved the life of Buddha and another protected the Jain Muni Parshwanath. To-day as an evidence of this belief, we find a huge serpent carved above the head of the statue of Muni Parshwanath. In medieval India figures of snakes were carved or painted on the walls of many Hindu temples. In the caves at Ajanta images of the rituals of snake worship are found.

It is an age-old religious belief that serpents are loved and blessed by Lord Shiv. May be therefore, he always wears them as ornamentation around his neck. Most of the festivals that fall in the month of Shravan are celebrated in honor of Lord Shiv, whose blessings are sought by devotees, and along with the Lord, snakes are also worshiped. Particularly on the Nag-Panchami day live cobras or their pictures are revered and religious rights are performed to seek their good will.

Nag Panchami is celebrated throughout India; however, more festivities are seen in the south than in the north. The village of Baltis Shirale, which is situated approximately 400 kilometers (approximately 250 miles) from Mumbai, conducts the most outstanding of all the celebrations. Reportedly, the largest collection of snakes in the world can be found in Baltis Shirale. Visitors from all over the world gather in the village to worship live snakes. Interestingly, despite no venom being removed from the snakes, no one has ever been bitten. 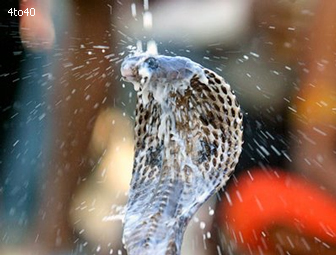 Other popular areas of worship during the Nag Panchami include Adiesha Temple in Andhra Pradesh, Nagaraja Temple in Kerala, Nagathamman Temple in Chennai & Hardevja Temple in Jaipur.

In Bengal and parts of Assam and Orissa the blessings of Mansa, the queen of serpents are sought by worshiping her. Mansa, the Queen of Snakes, is worshiped in most parts of Bengal during Nag Panchami. Protection from the harmful influence of snakes is sought through the worship of Mansa who rules supreme over the entire clan of serpents. On this occasion snake-charmers are also requisitioned to invoke the Snake Queen by playing lilting and melodious tunes on their flutes. In Punjab, Nag-Panchami is known by the name of “Guga-Navami”.

On this day people suffering from Sarpa-dosha or Kala Sarpa Yoga in their horoscope should donate a pair of silver snakes in a Shiva temple and offer prayers to Lord Shiva. 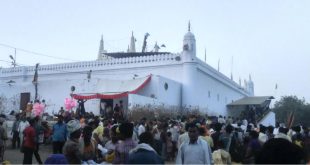 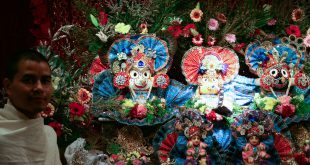 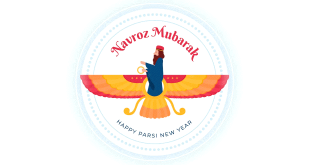 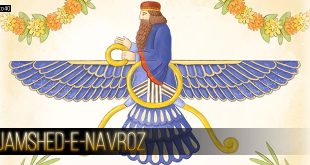 The festival of Janmashtami has many rituals and customs associated with it. The ceremony of …