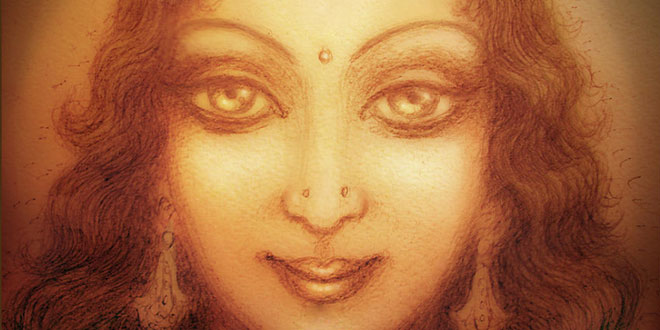 Dhanteras Myths and Legends in Hindus

Legend has it that when Lord Dhanvantari, the physician of the Gods and an incarnation of Lord Vishnu, emerged from the ocean of milk, which was churned by the Gods and the demons on the day of Dhanteras, he brought a jar of the extraordinary elixir.

Sage Durvasa cursed Lord Indra when “The pride of wealth entered his head” which made Lakshmi abandon him. When she went away, she left him devoid of power, bravery, enthusiasm and radiance, making his life miserable. The demons, who were waiting for a chance like this, invaded heaven and defeated Lord Indra. He lost everything – Lakshmi, his throne and kingdom, and began living in hideout.

Time passed. Brihaspati, Indra’s teacher, who was distraught by Indra’s predicament tried to find a solution with Brahma and Vishnu, along with other gods, who accompanied him. They found a solution, which was a Herculean task: the ocean of milk had to be churned to become potent ambrosia, which, if consumed by the gods, would bring immortality. The churning would also bring back Lakshmi.

To accomplish this paramount feat, the assistance of the demons was necessary. Intelligently, Brihaspati struck a deal with the demons, who agreed, in the hope of procuring ambrosia and amassing wealth for themselves. Mandara Mountain was used as a churning rod and Vasuki, the king of the serpents, as a rope.

Surmounting difficulties like sinking the Mount Mandara into the milky ocean, were overcome by Lord Vishnu, who took the form of a tortoise and hoisted it on his back, the churning began.

Kalakuta, a dreadful poison was initially produced, and which Lord Shiva drank, much to the relief of the gods and demons. Lord Vishnu continually encouraged and motivated the gods and demons during the churning the sea. From it emerged a horse named Uchaishravas and Kalpavriksha was empowered to grant its wish, manifesting Kamdhenu and other celestial bodies. As the ocean continued to be churned, Apsara were born.

Rising from the depths of the ocean of milk was a divine and celestial goddess. She stood on a fully blossomed lotus, wearing a garland of lotus around her neck. Heavenly beautiful and radiant, she held a lotus in her hand and stood smiling. She was Goddess Lakshmi.

The sages began reciting hymns in praise of her. Gandharvas sang and Apsaras danced. Even the elephants on either side of her, sprinkled sacred Ganga water on her, bathing her with it, letting her be called Gajalakshmi. As she was born from the ocean of milk, she was referred to as Samudratanya.

The king of the ocean appeared in his natural form and welcomed Lakshmi as a daughter, presenting her with attractive clothes, jewels and a garland of lotus. To everyone’s surprise, she garlanded Vishnu with it. Then, when she turned and looked demurely at Indra, he received extraordinary radiance.

The gods and demons continued to churn the ocean for Amrut or nectar. Ultimately, Dhanavantri emerged from the ocean of milk, carrying a jar of the elixir (ambrosia). Both the asuras and the devas wanted the ambrosia, but Vishnu was able to give the immortal nectar to the gods, and the asuras were defeated. The churning of the ocean resulted in the immortality of the devas and was the reason for Lakshmi’s emergence.

Another Dhanteras Myths and Legends

Down the ages, an interesting tale of the 16 year old son of King Hima lives on. According to the boy’s horoscope, it was predicted that he would die on the fourth day after his marriage by a snake bite.

His young bride decided to try and save him. On the fourth day, after their marriage, she refused to let him sleep. She collected all her jewellery, ornaments, and gold and silver coins and placed them in a heap at the entrance of her husband’s boudoir. Then she lit innumerable lamps all over the palace. In an effort to keep her husband awake, she regaled stories and sang songs through the night. At the stroke of midnight, when Lord Yama, the god of Death reached there in the guise of a Serpent, his eyes were blinded by the dazzling lights of the lamps. This prevented him from entering the Prince’s chamber. Frustrated, he went to the top of the mound of ornaments and coins and waited there, in the hope of a chance. However, it was not to be and at daybreak, he slithered away.

It took the brave, young wife, courage and strength to save her husband from a predicted death. To this day, Dhanteras is known as the day of “Yamadeepdaan” and the tradition of burning lamps through the night in reverential adoration to Yama, the god of Death continues.