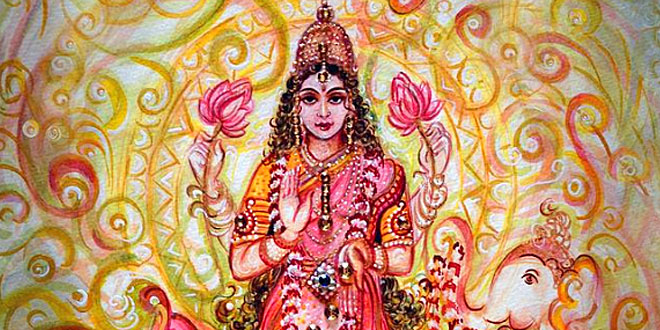 Story of Dhanteras: Related Legends, Celebration: Dhanteras is the first day of the five-day Diwali Festival. Dhanteras Festival, also known as “Dhantrayodashi” or “Dhanwantari Triodasi”, falls on the auspicious thirteenth lunar day of Krishna Paksha in the Hindu month of Ashwin.

In the word Dhanteras, “Dhan” stands for wealth. On Dhanteras, the “Owl” form of the Goddess Laxmi is worshiped to provide prosperity and well being. Dhanteras holds special significance for the business community due to customary purchases of precious metals on this day.

A very interesting Story of Dhanteras Festival says that once the sixteen year old son of King Hima was doomed to die by a snake-bite on the fourth day of his marriage as per his horoscope. On that particular fourth day of his marriage his young wife did not allow him to sleep. She laid all the ornaments and lots of gold and silver coins in a big heap at the entrance of her husband’s boudoir and lighted innumerable lamps all over the place. And she went on telling stories and singing songs.

When Yama, the god of Death arrived there in the guise of a Serpent his eyes got blinded by that dazzle of those brilliant lights and he could not enter the Prince’s chamber. So he climbed on top of the heap of the ornaments and coins and sat there whole night listening to the melodious songs. In the morning he quietly went away. Thus the young wife saved her husband from the clutches of death. Since then this day of Dhanteras came to be known as the day of “Yamadeepdaan” and lamps are kept burning throughout the night in reverential adoration to Yam, the god of Death.

According to another popular legend, when the gods and demons churned the ocean for Amrit or nectar, Dhanavantri (the physician of the gods and an incarnation of Vishnu) emerged carrying a jar of the elixir on the day of Dhanteras.

To mark the auspicious day, houses and business premises are renovated and decorated. Entrances are made colorful with lovely traditional motifs of Rangoli designs to welcome the Goddess of Wealth and Prosperity. To indicate her long-awaited arrival, small footprints are drawn with rice flour and vermilion powder all over the houses. Lamps are kept burning all through the nights.

On Dhanteras, Hindus consider it auspicious to purchase gold or silver articles or at least one or two new utensils. It is believed that new “Dhan” or some form of precious metal is a sign of good luck. “Laxmi-Puja” is performed in the evenings when tiny Diyas of clay are lit to drive away the shadows of evil spirits. “Bhajans”-devotional songs- in praise of Goddess Lakshmi are also sung.

Dhanteras is celebrated with gusto and enthusiasm. “Lakshmi-Puja” is performed in the evenings when tiny diyas of clay are lit to drive away the shadows of evil spirits. Bhajans – devotional songs – in praise of Goddess Laxmi are sung and “Naivedya” of traditional sweets is offered to the Goddess. There is a peculiar custom in Maharashtra to lightly pound dry coriander seeds with jaggery and offer as Naivedya.

In villages, cattle are adorned and worshiped by farmers as they form the main source of their income. In south India, cows are offered particularly special veneration because they are thought of as incarnations of the Goddess Lakshmi. 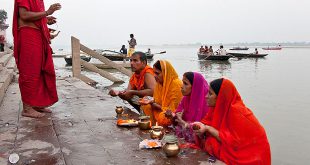