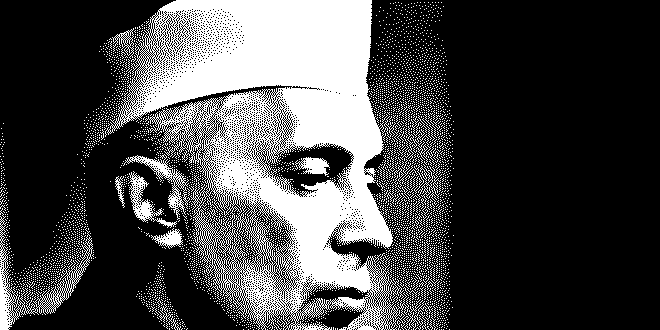 Jawahar Lal Nehru was born on 14 November 1889. He died on 27 May 1964. He was an Indian statesman who was the first (and to date the longest-serving) prime minister of India, from 1947 until 1964. One of the leading figures in the Indian independence movement, Nehru was elected by the Congress Party to assume office as independent India’s first Prime Minister, and re-elected when the Congress Party won India’s first general election in 1952. As one of the founders of the Non-aligned Movement, he was also an important figure in the international politics of the post-war era. He is frequently referred to as Pandit Nehru (“pandit” being a Sanskrit and Hindi honorific meaning “scholar” or “teacher”) and, specifically in India, as Panditji (with “ji” being a honorific suffix).

The son of a wealthy Indian barrister and politician, Motilal Nehru, Nehru became a leader of the left wing of the Indian National Congress when still fairly young. Rising to become Congress President, under the mentorship of Mahatma Gandhi, Nehru was a charismatic and radical leader, advocating complete independence from the British Empire. In the long struggle for Indian independence, in which he was a key player, Nehru was eventually recognized as Gandhi’s political heir. Throughout his life, Nehru was also an advocate for Fabian socialism and the public sector as the means by which long-standing challenges of economic development could be addressed by poorer nations.

Jawaharlal Nehru was born to Motilal Nehru (1861–1931) and Swaroop Rani (1863–1954) in a Kashmiri Pandit family. Nehru was educated in India and Britain. In England, he attended the independent boy’s school, Harrow and Trinity College, Cambridge. During his time in Britain, Nehru was also known as Joe Nehru.

On 8 February, 1916, Nehru married seventeen year old Kamala Kaul. In the first year of the marriage, Kamala gave birth to their only child, Indira Priyadarshini.

Nehru raised the flag of independent India in New Delhi on 15 August 1947, the day India gained Independence. Nehru’s appreciation of the virtues of parliamentary democracy, secularism and liberalism, coupled with his concerns for the poor and underprivileged, are recognised to have guided him in formulating socialist policies that influence India to this day. They also reflect the socialist origins of his worldview. He is sometimes referred to as the “Architect of Modern India”. His daughter, Indira Gandhi, and grandson, Rajiv Gandhi, also served as Prime Ministers of India.