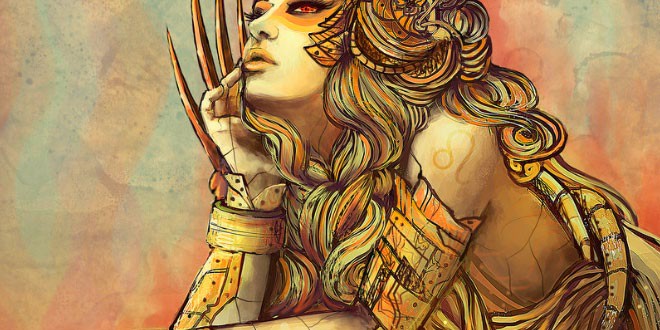 Strengths
Weaknesses
Date Range: July 22 – August 21
Symbol: The Lion
Ruling Planet: Sun
Quality: Fixed
Element: Fire
Basic Trait: I Will
Closest Metal: Gold
Lucky Day: Sunday
Lucky Colors: Gold, Orange and Yellow
Lucky Gems: Carbuncles, Rubies and Diamonds
Lucky Flowers: Marigolds and Daffodils
The zodiac sign of Leo has the symbol of ‘The Lion‘ and just like a lion; a Leo believes that he rules everyone else. Don’t tell him he doesn’t, it will break his big, loving, proud heart. Leos can easily go from being vigorously outgoing to plain lazy. If you want to find a Leo, go to the most dazzling places in the town. You will find him there, surrounded by people and playing his role in the limelight beautifully. He likes to live in style and hates boredom. There are hardly any introvert Leos, only those who pretend to be introverts.

They are in love with their pride and ego and fiercely protect what they believe to be theirs. The lion loves to give advice on how you should manage your life and feels himself to be superior to others. However, his ego is very vulnerable and he will get deeply hurt if you don’t respect his wisdom. It is difficult to ignore the lion for too long, he will be the center of attraction sooner or later. The best way to tame him is to flatter him; he will turn into a purring kitten. Praising the intellect will work as much as admiring the appearance will.

He is pretty clever and will never ever bother to waste his energy on something insignificant. Leo holds back nothing, not even his approval and compliments. Infact, he is so generous with compliments that he can make you embarrassed and self-conscious. At the same time, he is equally vocal about the things he does not like. However, one thing you can be sure of – he means what he says. You may or may not like it, but it is his true opinion. Leo plays the perfect host, treating you to the best of everything, right from ambience to the dessert.

He has a forgiving nature and is full of sympathy. Even in his love life, he easily reconciles after a split up. Leos are passionate in every aspect of their life, be it love or career or any other thing. They are rarely without a partner and life without love is a big no-no for them. They practically thrive on romance. A Leo is never the one to be dependent on someone. Rather, he loves to lead and be leaned upon. He may complain every now and then about the responsibilities, but in his heart he loves to have them. He dislikes taking help, especially of a financial nature.

On the other hand, he will gives loan to almost everyone. A Leo may run out of cash easily, since he is anything but cautious with it. However, he will always be the best-dressed person at the party. His behavior always borders on the extreme. A Leo will either be extremely careless and sloppy or meticulously neat and orderly. He is also extremely fixed with his ideas and it is very hard to convince him against his opinions. He likes to do one thing at a time. When he is working, you can be sure, he will forget to have his lunch too.

When he’s partying, he will put the dance floor on fire. Leos turn out to be the bravest ones in a group, especially in the face of an emergency. They are very loyal, extremely possessive and highly jealous. The lion fiercely defends what he believes to be his. He is a powerful enemy, but one with morals. Creativity and originality are his fortes. Even though he has an ego, is arrogant and overflows with pride, he is extremely good at heart. Being with a Leo will mean that you always have someone to care for, though you may have to flatter him every now and then.

Although your time is better now, family-related tensions will disturb your mind as Mars occupies the difficult eighth house. Travelling is surely not advisable. The planets suggest that your health problems are a result of your had digestive system, as both Jupiter and Saturn are retro in your sixth house. If you have not de-wormed yourself for long, this is the right time to do so. Friends may cause you tension, play mischief or gossip behind your back as Mercury is retro and combust.