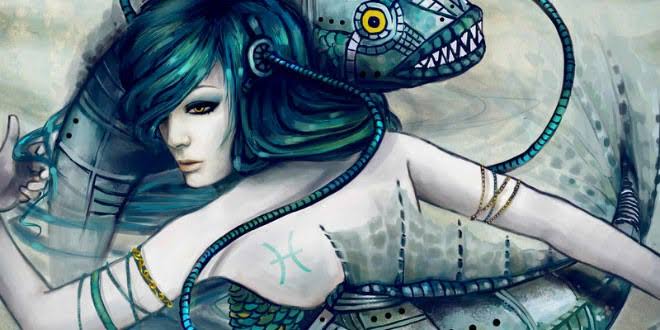 Pisces Weekly Horoscope: Pisces is the last sign of the zodiac, which has the symbol of ‘The Fish’. Pisces people are not much interested in the material things of life and are not the ones to run after money. It’s not that they are against riches, but they are more aware of its impermanence. They are not greedy about anything, least of all wealth. A Piscean has an easy carelessness about tomorrow. Pisces display either of the two basic personalities traits – going with the flow or against it. They will either go where the current takes them or fight against it.

Only if they choose the latter one, will they be truly happy and satisfied with their life. When they manage to do this, they are sure to reach the highest echelons of success. A Piscean characteristics profile exhibits loads of charm and a very easygoing attitude. He is not bothered by restrictions, as long as he has the right to dream and live his own life. Radical opinions do not stimulate him at all, nor do insults make him agitated. Very few things compel him to lose his temper. When a Pisces does get angry, it is better to stay away.

He can give the most sarcastic comments, be extremely rude and lash you with a scathing tongue. The best part is that the anger seldom lasts long and he will be his usual placid self again. When he sees the world, his eyes seem to be covered with rose-colored spectacles. Pisceans live in the world of their own, even when they are completely aware of the rough side of humanity. In their world, everyone is good and everything is beautiful. They have a very sharp memory and tend to remember the minutest of details.

When we give a description of Pisces personality, one of the basic traits that come in mind is its soothing stability. Even in the worst of storms, a Piscean will never panic and will maintain his poise. He has a good intuition and if he tells you not to go out of the house on a particular day, it is better to stay indoors. Pisces is the last sign of the zodiac and represents death and eternity. It has a blend of the qualities of all the other zodiacs. It is because of this fusion that it becomes very difficult to truly understand a Pisces.

A Piscean likes to argue, loves nature and holds fierce ambitions. He is deeply interested in music and art. He has great wisdom and is very compassionate towards the weak. He loves to help people in distress and utilizes most of his energy doing this only. You will never know when a Piscean is profoundly hurt. He hides his deepest emotions behind a veil of humor. The humor may be warm and innocent or cold and ruthless. However, it is sure to be a mask for some other emotion, more often than not.

Laughter is his best cover and he will use it wisely. He has compassion for the sick and even tries to understand the feelings of the lonely. Even those who are weak by choice will get Pisces shoulder to cry on. He never judges people and accepts them just as they are. He knows all your vices and virtues, understands them and will still be there if you need him. He wants to help everyone; still most of the people fail to understand the sensitivity of the fish. He absorbs the positive as well as the negative vibrations around him.

The world needs the creativity, imagination and empathy of Pisceans and they know it. Very often, they bury their own dreams to see their loved ones realizing their ambitions. One quality of Pisceans that is very annoying is that they hate to answer questions in a simple ‘Yes’ or ‘No’. Mostly, the answer will be a ‘Maybe’. Still, he cares and he lets you know that. He is much stronger and wiser than most of the other people, he only has to realize it. The moment he struggles against the tide, you know he will reach the shore before anyone else.

You may become rash; false accusations may be levied at you; you may be worried; loss of money, diseased and a disturbed mind is indicated. For too long now, you have been worrying about your career, reputation and your place in the world and have, in turn, been neglecting the things that bring you happiness, such as friends and family and travel. It is time for you to restore a more sensible balance in your life and goals.

Sagittarius Weekly Horoscope: Sagittarius has the symbol of ‘The Archer’. The people born under this zodiac …