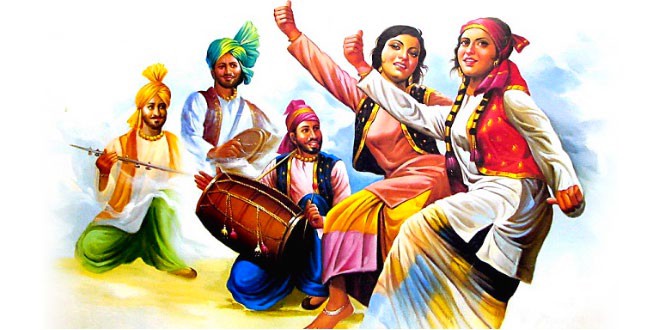 Baisakhi Quiz – Tenth Guru of Sikhs: It’s time to check out yourself how much you know about Baisakhi festival. Vaisakhi observes major events in the history of Sikhism and the Indian subcontinent that happened in the Punjab region. On Vaisakhi, Gurdwaras are decorated and hold kirtans, Sikhs visit and bathe in lakes or rivers before visiting local Gurdwaras, community fairs and Nagar Kirtan processions are held, and people gather to socialise and share festive foods. For people of Punjab, the festival is their traditional solar new year, a harvest festival and they may visit temples, meet friends and party over festive foods.

This date is also celebrated in other cultures such as and Hinduism. The first day of Vaisakh marks the traditional solar new year and it is an ancient festival that predates the founding of Sikhism. The harvest is complete and crops ready to sell, representing a time of plenty for the farmers. Fairs and special thanksgiving pujas (prayers) are common in the Hindu tradition.

Vaisakhi, also spelled Baisakhi, is one of the most important dates in the Sikh calendar. It is the Sikh New Year festival and is celebrated on April 13 or 14. It also commemorates 1699, the year Sikhism was born as a collective faith.

Vaisakhi is a long established harvest festival in the Punjab. It had been celebrated long before it gained an added dimension for Sikhs.

In 1699 the tenth guru, Guru Gobind Singh, chose Vaisakhi as the occasion to transform the Sikhs into a family of soldier saints, known as the Khalsa Panth.

Guru Gobind Singh founded the Khalsa in front of thousands at Anandpur Sahib.

During the Vaisakhi festival Guru Gobind Singh came out of a tent carrying a sword. He challenged any Sikh who was prepared to give his life to come into the tent. The Guru returned alone with his sword covered in blood. He then requested another volunteer and repeated the same action four times until five men disappeared into the tent. The crowd was very concerned until they saw five men return wearing turbans with the Guru.

These five men became known as the Panj Piare, or ‘Beloved Five’.

The men were then baptized into the Khalsa by the Guru. He sprinkled them with Amrit (‘immortalizing nectar’: the Sikh term for holy water) and said prayers. This is the basis of the Sikh baptism ceremony.

Previous What is Baisakhi Mela?
Next Baisakhi Festival Information For Students